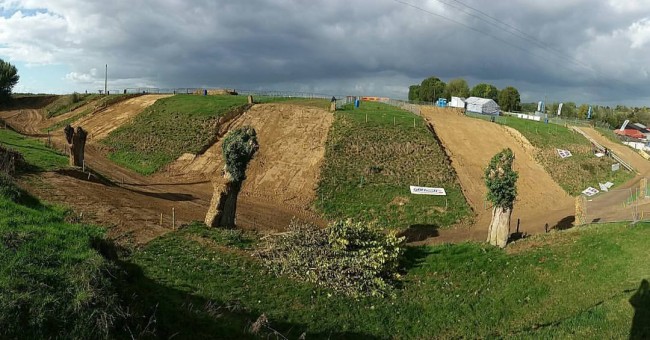 It was a battle between the Spanish and the French during the first 85cc moto of the day. Braceras and Miot were locked in a battle at the front but the Spaniard came out on top this time as only a second and a half separated them.

German, Simon Langenfelder ended up a distant third as he just edged out Luis Outeiro.

The best 85cc rider for the Irish during the first moto was Aaron Gray as he ended up twenty-ninth.

Things were completely different for the second moto of the 85cc class. After only finishing seventh in moto one, Adria Monne Viles stepped up his game and won moto two! Again it was a close battle for the win as German, Simon Langenfelder was less than half a second behind. Nonetheless, Viles made it two Spanish wins after Braceras won the first moto.

Miot who just missed out on the first moto win ended up third edging out Braceras who got the better of him in moto one.

Ross Kearns was the best Irish rider in moto two as he came home in twenty-third position.

French youngster, Florian Miot finally got a race win during the last moto of the weekend and it was good enough for him to win the overall.

Consistent German, Simon Langenfelder was the next best and finished in second. He also ended up second overall and was only one point behind Miot for the win.

Spain had the strongest team in the 85cc class and won from France and Germany. Ireland ended up in eleventh overall.