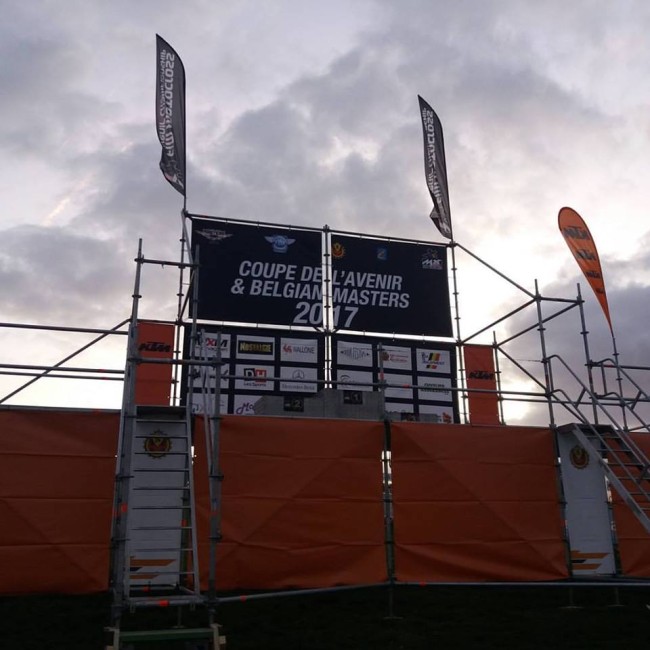 After winning the qualifying moto, it was the same again for Wal Beaney as he dominated the first 65cc moto of the day. The young Brit won the moto by over ten seconds.

The next best was Belgian talent, Sacha Coenen who came home in second.

Saku Mansikkamaki from Finland impressed as he finished in third.

The best Irish rider in race one was Fin Wilson as he ended up twenty-second. Wilson will be hoping to break into the top twenty before the end of the day.

Wal Beaney made it a clean sweep as he won the second moto and simply dominated the event. Again, it was Sacha Coenen who ended up second for the Belgian team but that was good enough for Belgium to win the 65cc class. Congratulations to Sacha Coenen, Lucas Coenen and Troy Verburgh as the Belgian’s were strongest on the day.

France were the runners up with Great Britain getting themselves on the podium.

Fin Wilson upped his game for the last moto of the weekend and ended up a very impressive thirteenth for team Ireland!