Coulon OUT of tonight’s AX in Belfast! 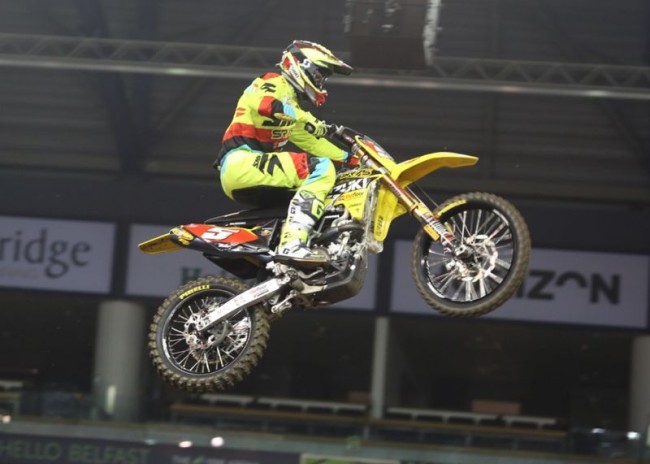 Cyrille Coulon, the championship leader going into Friday night’s event in Belfast has been forced to pull out of today’s event following a knee injury.

Coulon, riding for the SR75 Suzuki team, was involved in a first turn crash in heat three last night and injured his knee, the brave Frenchman still rode the main but finished down in 11th due to the pain and wasn’t the same rider he had been the previous three rounds.

Update** This morning it had been confirmed that Coulon was forced to withdraw from the event despite only being one point outside the championship lead. But it appears he will now try and ride tonight!