Cooper Webb OUT of the Monster Energy Cup! 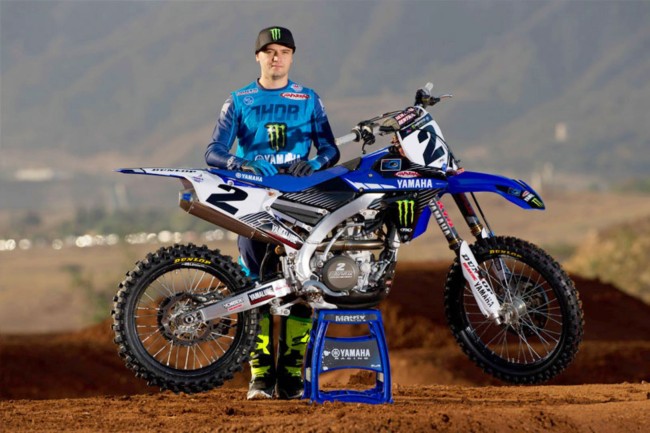 Yamaha USA have revealed Cooper Webb won’t be racing at the Monster Energy up on Ocotber the 14th due to his thumb injury sustained at the USGP in Florida.

Webb has elected to go for surgery in order to be fully fit for the start of the 2018 supercross season.

With the Monster Energy Cup coming up on October 14 at Sam Boyd Stadium in Las Vegas, a decision has been made by Cooper Webb and his Monster Energy/Yamalube/Chaparral/Yamaha Financial Services/Yamaha Factory Racing team that he will not compete in the event due to lingering issues with the right thumb that he injured in practice at the Monster Energy MXGP of the USA in Jacksonville, Florida, earlier this month. The announcement was made by Keith McCarty, Motorsports Racing Division Manager for Yamaha Motor Corporation, U.S.A.

Cooper is having surgery today to repair the damage he sustained during the MXGP, and he will begin rehabbing as soon as possible in order to be 100% ready for the start of the 2018 Monster Energy Supercross season, which begins in early January.

Cooper commented, “I’m extremely bummed that I will miss out on the Monster Energy Cup, I’ve had success in the past at that event, and I was really looking forward to racing the new 2018 YZ450F under the lights in Las Vegas. With that being said, I will be getting surgery today on my thumb to speed up the healing process and make sure that I’m 100% for the 2018 season. Anaheim is the main priority right now, and I will be doing everything in my power to make sure I’m healthy and focused when the gate drops. Thank you to my awesome fans and sponsors for sticking behind me, and I will be ready to go come January!”