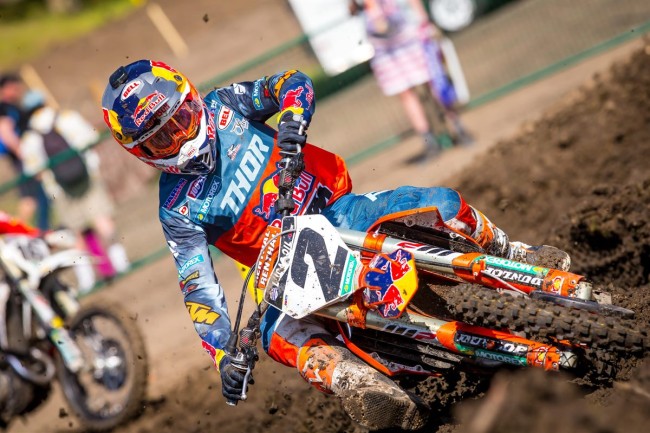 Cooper Webb has described the knee injury he sustained at Unadilla that will keep him out of the last two US motocross races as “the best case scenario” – because it could have been a lot worse!

Webb said the crash happened, “while trying to avoid a lapped rider, I changed my lines mid-air which led to landing cross rutted. My leg got ripped off the foot peg and instantly felt pain in my left knee which led to not finishing the motos.”

It had been feared Webb had torn his ACL and would be out for months making the defence of his supercrosss title difficult but, after an MRI, Webb’s injuries were diagnosed as, ‘ a bone contusion, hematoma and hyperextension with fluid build up around my knee.”

It means no surgery for Webb who, after a few weeks rest, should be ready to prepare for the defence of his supercross title in 2020.

You can read his full statement below: