Cooper Webb IN for Paris supercross! 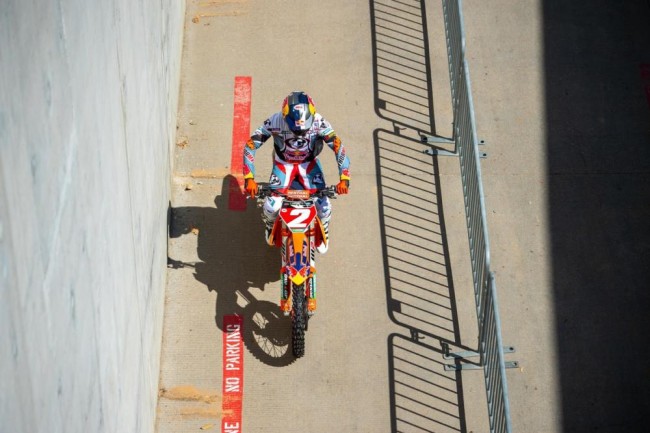 Cooper Webb has signed up for what looks to be a star-studded supercross in Paris this November!

The reigning US champ will join Justin Barcia and the Lawrence brothers as the headline entries and no doubt there are more names to be announced, we are only in July after all!

However, the big surprise with Webb is that his trainer, Aldon Baker, is usually not that receptive when it comes to pre-season supercross races, preferring his guys to do their bootcamp in Florida in November/ December. It fuels the rumours that Webb’s association with Baker may be coming to an end (or at least adjusted) after Webb himself admitted he has made big changes on and off the bike, in a recent interview with Steve Matthes.

Webb also posted an image of himself riding with the Lawrence brothers recently, again something not usually associated with an Aldon Baker rider who usually likes his group to stick in their own bubble at the Baker’s factory. But it looks like Webb is starting to switch things up and do a program that suits him and maybe provide more fun to avoid burnout – something that has happened a lot of riders at the Baker factory.