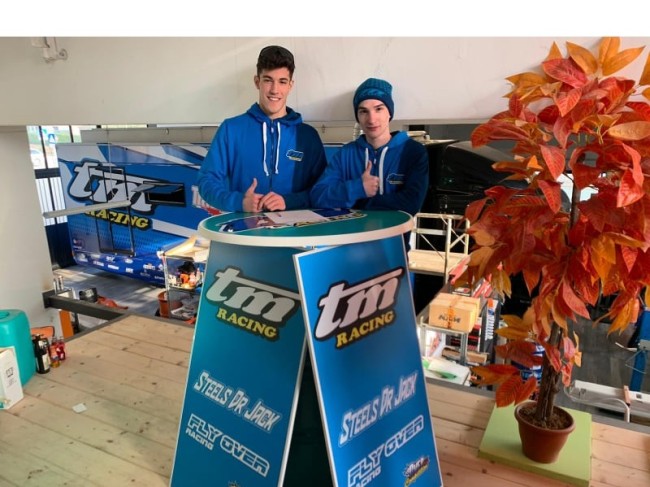 It was announced last month that TM would be back in the MXGP paddock in 2021 as the Steels Dr Jack Fly Over team had agreed a deal with the manufacture.

The team have now confirmed their rider line up for the 2021 season which will see them focus on the EMX250 championship as well as the Italian Championship.

One rider with plenty of European experience, Andrea Zanotti has agreed a deal to join the team. Zanotti has experience in both the European and World Championships but injury meant he had to sit out the entire 2020 season – he’ll be motivated to remind everyone what he can do next year.

Joining Zanotti under the awning will be Leonardo Angeli Jnr who was with the team this year. Angeli rode some MX2 World Championship races with the team but is now gearing up for his first year contesting the EMX250 series.

Andrea Zanotti: The deal came out late October when TM and the team Steels Dr Jack called me and proposed to race for them. Of course it’s amazing to ride with a great Italian brand and team! We have already started the training schedule and tests on the bike. In 2021 we will compete in the Italian championship and EMX250 championship. I want to thank the whole TM family, the team and everyone supporting us for the next season.

Leonardo Angeli Jnr: First of all I would like to thank you guys for reaching out to me. In 2021 I will still be part of the STEELS DR JACK team. After a year spent with them, we decided to continue our path given my improvement also given by their professionalism in working. In 2021 the team will be officially supported by the TM brand, I must say that I am very happy for this great opportunity to work with such an important company as TM. For 2021 I will take part in the Italian championship and the European championship (EMX250), also wanted by TM to slowly return to higher levels. Expectations for 2021 are high because I can’t afford to throw away such a great opportunity that was given to me by TM and my team, I will work hard to stay at the top of the rankings. I would like to infinitely thank TM and the team, led by Robin Caldelli and Leonardo Spoletini, my family including my girlfriend who always supports me, my coaches, Massimiliano Costantini, Giorgio Bonfigli and Marco Formica and finally to all my sponsors.