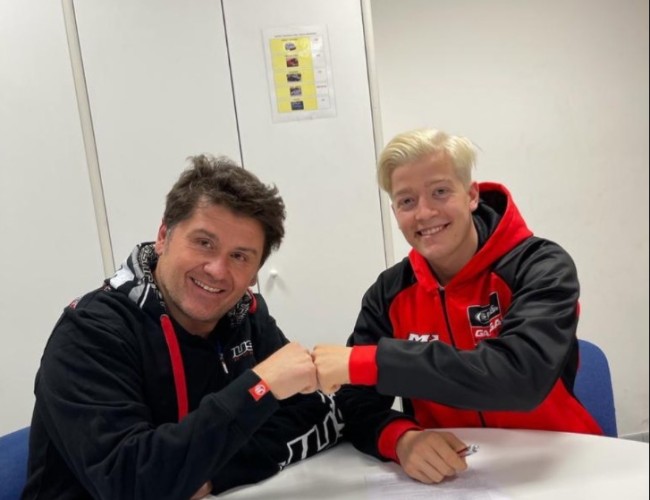 Kevin Horgmo’s future has been pretty uncertain for a while now but one thing we did know is that he wouldn’t be with the Marchetti KTM team for the 2021 season.

It’s now been confirmed that the Norwegian has inked a deal with the SM-Action GasGas team – he will race the EMX250 series once again after a year in MX2.

Horgmo joins Alberto Forato and Andrea Adamo under the team’s awning with his team mates will focus on the MX2 World Championship.

“We have had a friendly chat for a long time, I wanted to try to find something in MX2, but I realized I couldn’t pass on the opportunity to go with such a good team. Feels good to have a solid team and good people around me. I except to fight at the top of the EMX250 series and want to be more consistent than before, if I manage to do that we can challenge for the title. I want to thank everyone reaching out and wanting to help me secure a ride for 2021. Also all my family, sponsors, my training, the federation, all my supporters and whom I may forgotten”, Horgmo told GateDrop.com.

“With great pleasure we welcome in our ranks the strong rider, Kevin Horgmo who will contest in the European championship! It’s an honour to sign this agreement with the strong rider who was already in Italy for a few days testing our bikes”, the team stated on social media.