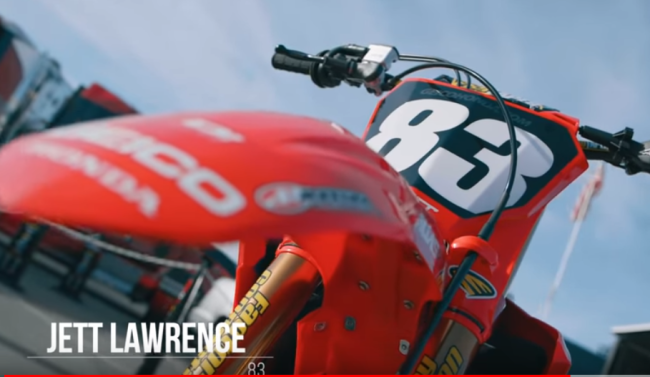 Geico Honda will only have Christian Craig and rookie Jett Lawrence on the West Coast after injury decimated the team’s pre-season plans.

With Chase Sexton breaking his collarbone, a shoulder injury for Hunter Lawrence and a big off for Jeremy Martin last week, it means most of the team will be going racing on the East, leaving Craig as the main man for the team out West with 16 year-old  Jett Lawrence expected to learn and get his feet wet in US supercross – but with his talent and self-confidence the young Aussie will be hoping to learn fast and get some competitive results!

Josh Wisenor explains the tough off-season for the Geico honda squad at 11 minutes  50 seconds below: