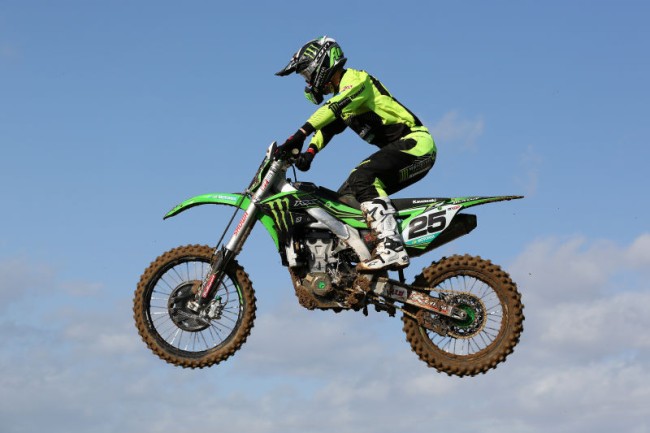 Desalle was on his way to a fifth consecutive victory in the French event until his crash during the Superfinal. He had already won both MX1 races, leading from start-to-finish after securing the holeshot and setting fastest lap each time. He was again challenging for victory in the Superfinal until he crashed at the completion of the fifth lap. He immediately felt pain in his left arm, and the medical examination revealed that the radius was broken. During the night he was moved back to Belgium, where the well-known Doctor Claes examined the injury this morning and carried out surgery this afternoon.

Clement Desalle: “Of course I’m devastated at the moment; it’s such a shock for myself and the team. Everything was perfect; I won both MX1 motos and we made some good adjustments to the bike as the track was wet, slippery and muddy after the showers during the week. I didn’t take any risks, but when I saw that there was an opportunity to pass Simpson for the lead I took another line in the corner before the finish jump to pass him. When I stood up I realised immediately that my arm was broken.”

François Lemariey (KRT team manager): “Everything was going perfectly until the last race. It was so nice to see Clement riding the bike perfectly on such a difficult track; we had worked all weekend with the technical staff to adjust the settings and Clement felt comfortable on the bike. Of course we wish our riders a speedy recovery; once more we have seen that motocross is a tough sport. A participation at the opening GP in Qatar is uncertain at this time.”