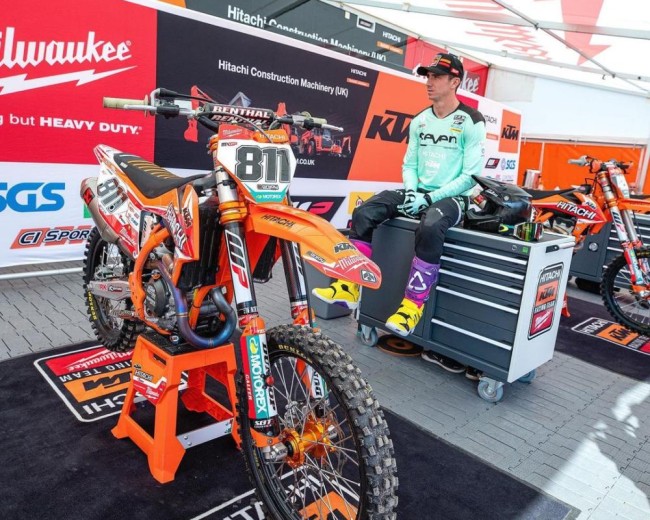 This time last year, Adam Sterry was gearing up for his rookie MXGP World Championship season after signing with JD Gunnex KTM. However, during lockdown after the first two rounds of MXGP, the Brit and the team parted company.

The Hitachi KTM Fuelled by Milwaukee snapped Sterry up for the rest of the year and he showed glimpses of what he could do. It’s now been confirmed that Sterry will stay with the team for the 2021 season to contest the MXGP World Championship and the British MX1 series.

The team’s rider line up is unchanged as Sterry joins Conrad Mewse and Bas Vaessen who have already been confirmed as the team’s 2021 MX2 World Championship rider line up.

“Adam Sterry will be back with Hitachi KTM fuelled by Milwaukee in 2021! #811 is already putting in the work ahead of his first full year with the team”, the team stated on social media.

“Really happy to be with Hitachi KTM Fuelled by Milwaukee for 2021! Was a difficult year for many reasons but since I joined the team it was always positive and a lot of hard work to improve throughout the year whilst racing, couple more weeks and we start back at it”, Sterry stated on social media.