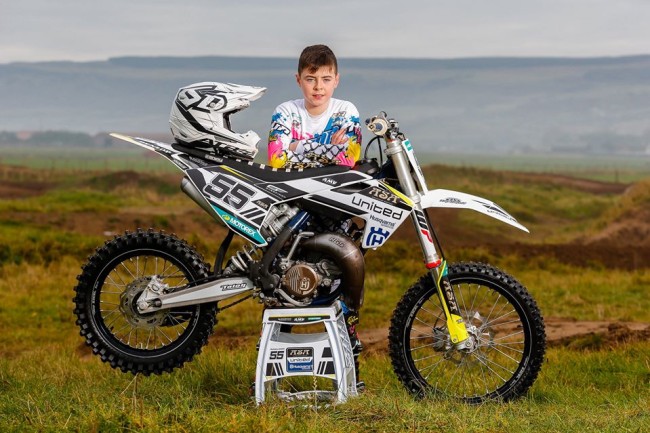 Multiple Irish and Ulster Champion, Philip McCullough who’s now the Irish Motocross Des Nations team manager has two sons to watch out for in the future –  Cole and Robbie.

It’s been announced that Cole has signed with the ASA United Husqvarna team for the 2020 season which will see him race the British Youth Championship, MX National series and even some EMX85 races along the way.

It’s a great opportunity for the Irish youngster.

“I cannot wait to start testing my ASA United Husqvarna TC85cc. This is my fourth year riding a Husqvarna, but it will be my first year racing and competing a full season on the mainland, where I will contest the full British Youth Championship, MX National series along with a few EMX85 races.It is great for me to be involved with such a high profile team in the UK. Thank-you to Lee Tolan”, Cole stated.

“What a great opportunity Lee Tolan has gave Cole for 2020, drafting him into his very professional ASA United Husqvarna team for the upcoming season. Many thanks to everyone involved in helping Cole get to this stage in his career, the hard work, sweat and tears have certainly paid off. It is now time to roll his new TC85cc Husqvarna Motorcycles UK machines out on track and get down to business”, Philip stated.