Coldenhoff on winning at Zwarte Cross – back on form! 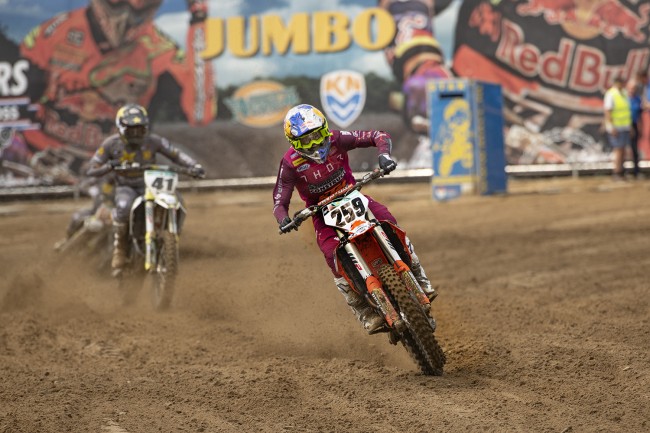 Glenn Coldenhoff of the Standing Construct KTM team ended the 2019 Dutch Masters of Motocross series in sweeping style. In front of thousands of delirious home fans at the Zwarte Cross, Coldenhoff claimed overall victory with second and first in the heats respectively.  Glenn was in good form right of the start, and secured pole position during qualifying. He battled to get into a smooth rhythm in the first race, though.

“I was not entirely comfortable on the track, and Romain Febvre managed to open up a gap on me in the lead. The gap remained the same, but I could not close in on him. I started second, and finished second in this race. Arminas Jasinokis and Pauls Jonass were pushing hard, but I managed to keep them behind me for the duration of the race,” he said.

Glenn blasted into the lead off the start in race two, with Febvre hot on his heels. He put the hammer down, maintaining a fierce pace, and managed to keep the lead in hand. It was not without it’s challenges, though. After Febvre crashed, it was Jasikonis who pressured him.  Glenn maintained his composure and managed to claim the chequered flag first, securing the overall victory.

“This victory boosted my confidence no end,” he said. “Winning is winning, and I am happy to have rounded out the championship on a positive note. I would have preferred to have clinched the title, but second in the series is the next best thing. I am back in good form and looking forward to the remaining six GP’s and the Motocross of nations.”