Coldenhoff on Indonesia – Our best GP of the season 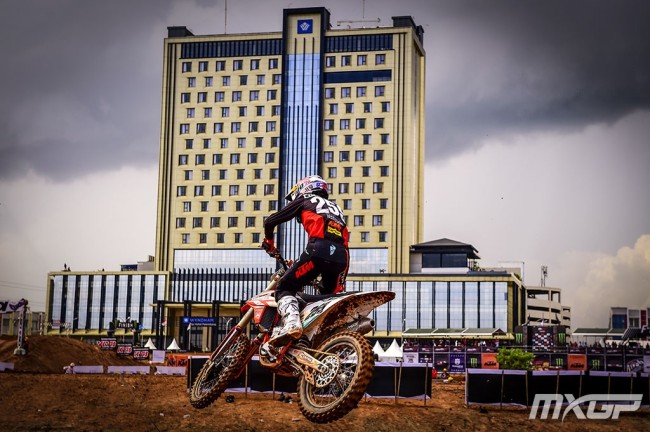 Glenn Coldenhoff of the Standing Construct KTM Team had his best GP performance of the season during the Indonesian GP at Palembang. Coldenhoff finished fifth and third in the heats respectively for fifth overall.

“I had a good Saturday, with fourth times in both the free- and qualifying training sessions,” he said. “That gave me confidence. It was very hot, and the laps were short and intense. Lots of ruts formed, and that suited me.”

Glenn continued his good riding on Sunday. “I had a good start, and was in third spot in race one. I started riding a bit too tense and lost two places. At the start of the second race, Tim Gajser and Jeremy Seewer blocked me in, and I was only eighth. The riding went much better, though, and I finished third. “

Glenn finished fifth overall for the day and has risen to seventh in the world standings.

“I was never out of the top five all weekend long, and that’s really positive. This was our best GP of the season. Our next race is at Semarang, and I hope it’s more of the same.”