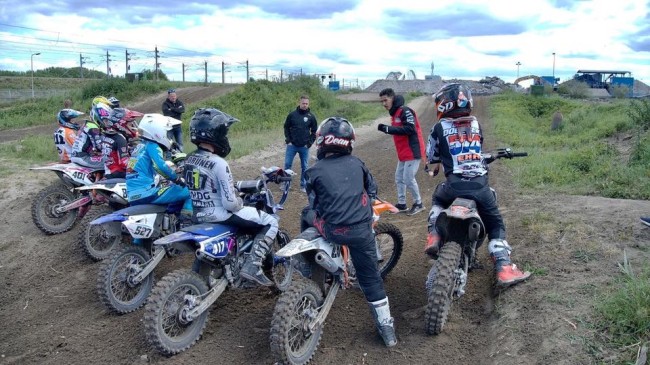 With restrictions starting to ease in the Netherlands, the KNMV decided to run a training day with Glenn Coldenhoff taking time out to coach some of the young Dutch talents. It’s good to see the KNMV run coaching days like this as the young Dutch riders will be able to pick things up and learn from one of the best riders in the world.

The coaching day might also benefit Coldenhoff because you can’t ride all your career – perhaps coaching is something he could go on to do in the future. Currently, Ryan Hughes is working together with Coldenhoff so he’s getting tips for the American.

“Something different today. Training others and training myself!! Good day at the track teaching some kids”, Coldenhoff stated.

Two of the younger riders that got coaching from Coldenhoff were Mirco ten Kate and Jayson van Drunen (the son of former GP rider, Marcel).

“Last Thursday after the lockdown, we had the first KNMV selection training with nobody less then Glenn Coldenhoff as our trainer. With our group of 6 Riders we first did a proper warm-up followed with 3 sessions. Before the sessions we got some good advice and points to pay attention to. Also during the sessions we got some clear instructions from Glenn. Because he is such a world class rider it was a great pleasure that he would share his knowledge with us. My experience of this day is that Glenn is not just a great rider but also a great person and very good trainer. I hope we can have another day together so we can show our progress and learn even more. Glenn – thanks for this day and we keep following you of course, good luck at your races to come!”, ten Kate told GateDrop.com. 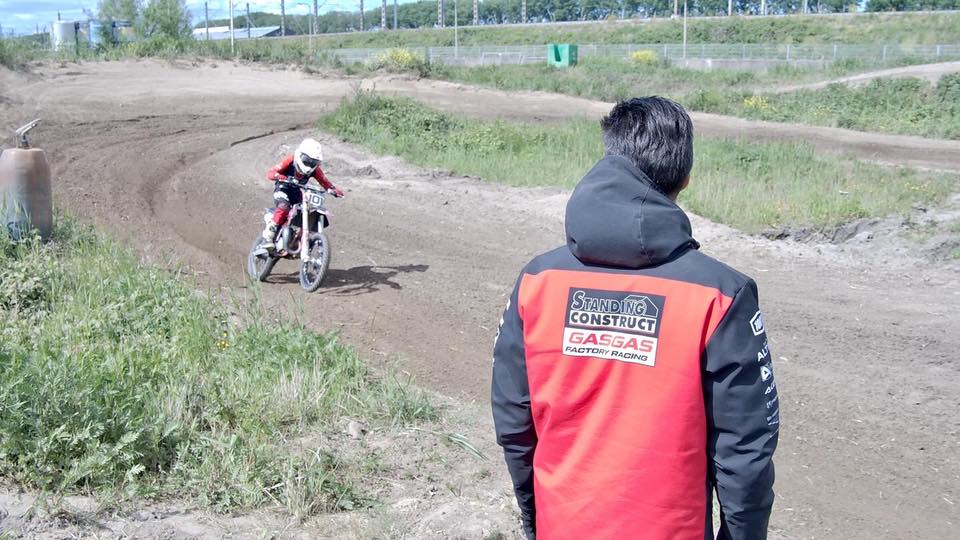 Coldenhoff with a watchful eye on ten Kate. Pic: KNMV

“I had a great day, I liked it very much. He said many things which I already knew from my father. But it is always nice if a rider like Glenn mentions it again. He told me to only ride with my toes on the footrest, it was a bit difficult and because I have to shuffle a lot, not always easy to do. Glenn also said I could ride a little less aggressive but opinions are divided on that (laughs)”, van Drunen told GateDrop.com.