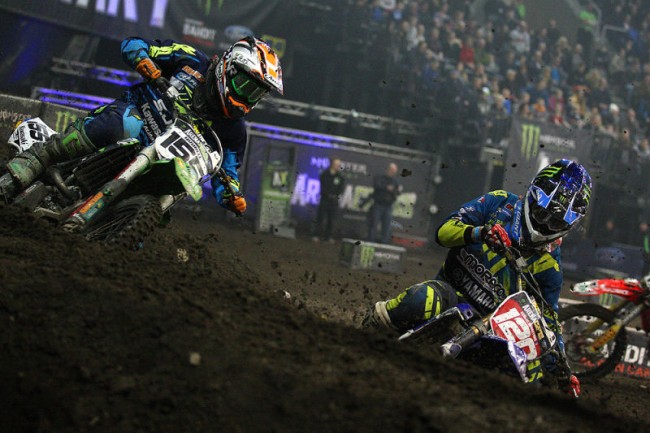 22 year old English ex-pat Paul Coates and 26 year old Frenchman Cedric Soubeyras have joined the I-Fly JK Yamaha Racing team and following their final outing in Las Vegas on Sunday, will now jet to Europe to compete for the Italian Yamaha team in the Italian Grand Prix at Trentino this weekend.

MX1 racer Alex Snow and MX2 contender Alfie Smith, both plagued with injury so far this year, will be supported by the two new recruits which will hopefully allow the British duo to recover their full fitness and speed.

Paul Coates has already worked successfully with team owner Riccardo Boschi in Grand Prix at the start of last season, though returned to the States after an injury, but is now back fighting fit and strong.

To most European racers, Cedric Soubeyras needs no introduction, he has been a regular on the MXGP scene in the last half a decade and a top contender in the indoor series in the USA. Cedric has a typically French, flamboyant and often spectacular, no-holds-barred style which will be well suited to 2016 GP racing and hopefully will be a force in the UK National series also.