Cianciarulo on heading into his rookie 450 SX season 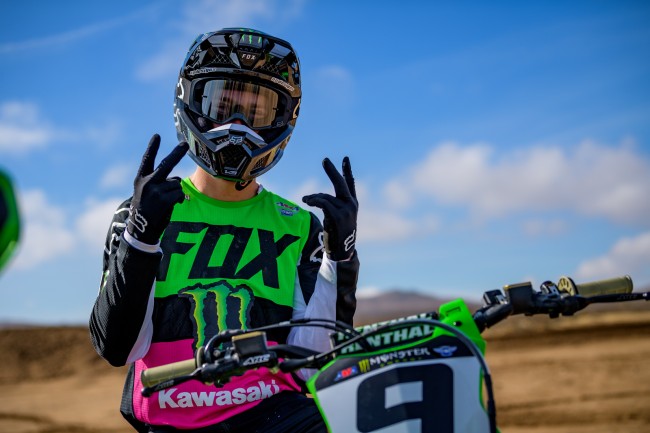 Adam Cianciarulo missed out on a Supercross title last year but was able to put it behind him to win the AMA Nationals during his last year on the 250cc. At the end of the year, the American made his 450cc debut at the Monster Energy Cup and went 2-2-1 to win the overall.

Since then Cianciarulo has been working hard to gel with the bigger bike after many years on the 250cc – he’s been putting plenty of laps in with close friend, Ken Roczen as well.

As the press day at Anaheim 1, Cianciarulo had some interesting things to say to the media ahead of his rookie Supercross season.

On managing expectations from the fans..

I think it’s about not paying attention to the noise too much. Obviously with the way last year ended at Supercross and then coming back doing well and doing well at Monster Cup during my debut, it’s cool the way the fans have been super stocked. They have high expectations on me just like I’ve high expectations for myself. For me, it’s just about doing my best and not letting those outside influences hinder me in anyway. I just want to do the best I can, I don’t want to sell my short either, I’ll do my best.

On training with Ken Roczen – has he give any hints on how to win at A1..

(laughs) No, quite the opposite. Man, if you guys went through Ken and I’s texts, it would be horrid. Because he’s won a lot here, I told him he needs to do the exact opposite of whatever he’s been doing.  No, there’s been no secrets that way.

On battling with Cooper Webb in the past and renewing the rivalry especially after Webb’s comment last year (Webb stated: “He cracked, I didn’t.” after winning his SX title last year)…

I mean no, not specifically. Obviously Cooper and I have had a long history of racing each other. I would say I’ve known from a really young age that he was going to be successful at this level just because he was always such a smart racer. He always seems to put himself in the right position. At amateurs, I was really good, I’m not going to take anything away from myself and so was he. But I had a really dialled in program, I was always the kid that got the good starts, he always had to come through the pack and he was always a good racer so you just know that will translate really well to the pro ranks. In regards to the comment towards the end of the season last year, I think when you’re on a high like that – you’ve just won a championship and then you hear my name brought up, it was like “come on man, you for real? This guy again?”. I think I give him a pass for that and he was right – I did blow it. Since then I’ve done pretty well so maybe I needed it.

Kawasaki Racing Senior Manager, Dan Fahie also had some positive words about working with Cianciarulo and genuinely seems excited for the rookie’s season in Supercross.

“Adam has been a great addition to the team. He’s been very positive, professional and it’s been great. He’s been getting used to the 450cc which is a big change after spending a lot of time on the 250cc. Making the change has been pretty seamless for him, the guys have been working hard getting him comfortable. We could see at the Monster Cup things were going along pretty well and we learned a lot there. Moving forward, we worked on the bike, got the chassis better, the engine better and have made the package better. We are looking forward to A1 here for Adam, he’s done an outstanding job”, Fahie stated.

On having two riders at a similar level and wanting to win, Fahie says both riders in the past have always had the same resources so nothing has changed in that sense.

“It might seem that way on the outside having different level riders so to speak but we didn’t treat it that way on the inside. Everybody had the same thing and had the same resources and this is no different. Each guy have their own staff members which take care of him. We take it serious for both guys, we want both guys to have the ability to win”, Fahie concluded.