Christophe Pourcel on the Ferrandis take out on Craig 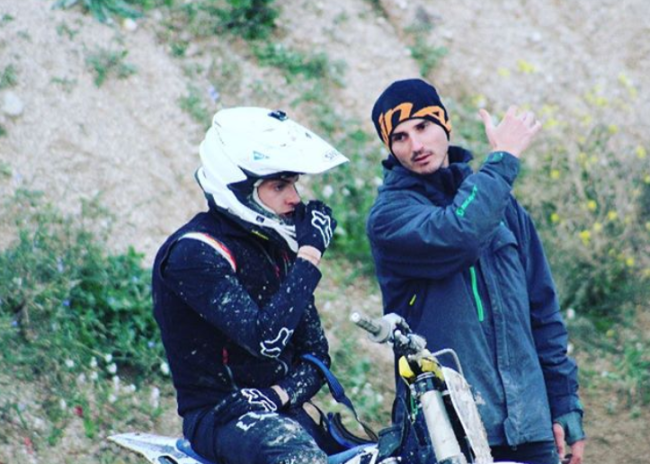 A former world champion and AMA rider, Christophe Pourcel has offered his thoughts on Dylan Ferrandis take out on Christian Craig at A2 – he wasn’t a fan of the move. Pourcel didn’t like that he went in on Craig so hard and that it could have left the American with a serious injury – fortunately he hasn’t in this case.  Ferrandis himself has said that he didn’t want to take Craig down and that it was a misjudgement on his behalf.

“I am obliged to give my opinion because I do not agree with the decision of the organization and the risks of the riders.  No sanction after having literally smashed @christiancraig, personally I have no attachment to either rider, I just note the facts, Craig could have been seriously injured.
At what risk do you want to be champion? If you are so strong and so good, show them in the best way, but there’s no need to hurt people for that. Despite everything, I understand the rage of Dylan who may not be liked by the riders in the USA. But I don’t agree with the safety of the other riders. The definition of the block pass is to rely on another rider without compromising his safety and this was not the case. This is only my opinion and I do not judge anyone. Good luck to the riders and I hope that they will not be injured with this kind of manoeuvre”, Pourcel stated on social media.

MXGP World Championship rider, Petar Petrov has defended Ferrandis and say’s that we’ve seen way worse in the past with not as much of a fuss made.

“We have seen way worse with way less people talking about it. Yes, he got the timing wrong but it’s MX, not ballet! If next week he gets pay back, they will all happy”, Petrov stated.

Pourcel responded by saying that he doesn’t mind riders being aggressive as long as they don’t hurt other riders – it’s a dangerous sport as it is without that.

“agreed. I never agreed on that kind of block pass, in the rule book they are not allowed. As long as they are aggressive but don’t hurt the other riders, it is fine”, added Pourcel.