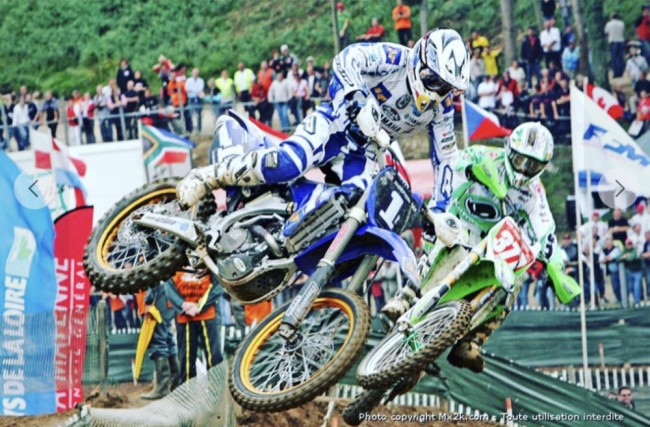 Christophe Pourcel has sent a nice message to Tony Cairoli on his retirement from MXGP. Cairoli will race the MXoN this weekend after his crash in Riola in what could well be his last appearance at the being event and Pourcel who said Cairoli was the hardest rider to beat.

The Frenchman and the Italian battled for the MX2 world title in 05, 06 and 07 with Cairoli winning in 05 and 07 and Pourcel taking the title in 06. They duelled again at times in MXGP when Pourcel moved back to the world championship on the 450 in 2011 and 2012 but he was never really a big threat for the title even if he could still beat Cairoli on a good day!

.For my part, Tony was the hardest rider to beat but the most respectful, we had ups and downs like all competitors.Tony never gave up, we will always remember those mythical years in GP 2005/06/07.Let’s put this back for you in another life I hope.Grande Tony my friend.Happy retirement again and enjoy your awesome family.”

Get a glimpse of one of their battles back in 2006 below: