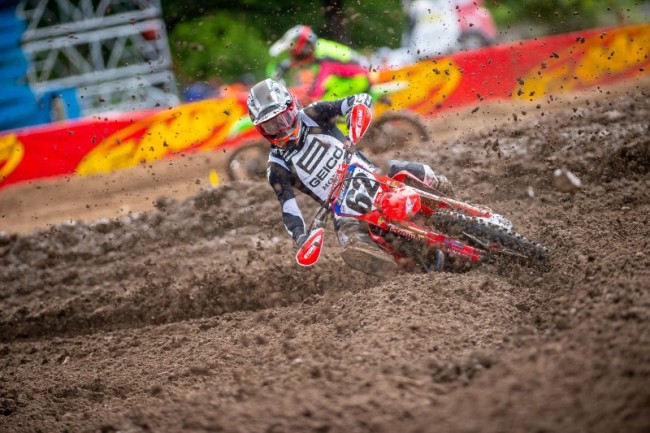 Christian Craig has had a good outdoor season on the 450cc class as he sits eighth in the championship with one round to go. However, Craig has confirmed that he’s leaving the Geico Honda team and this weekend will be his last race with the team.

After Thunder Valley, Craig revealed he has a new challenge for the 2021 season and he’ll switch manufactures after ten years with Honda.

“I did get an awesome opportunity with Honda this year but rides are tough to come by. You have to be winning or on the podium consistently and showing good speed every week. I’m working towards that and I’m just fortunate to have a ride”.

“I’m good for next year, I can’t say where I’m going but everyone kind of knows that. I’ve been on a Honda for 10 years which is pretty crazy to think about, I’ve never rode a different kind of bike for 10 years. It’s going to be bittersweet this weekend the final time riding a Honda. I’ve had fun times and a lot of good memories with Honda. I have a contract for the 250’s next year but you never know (chances on racing a 450), this year I was also contracted to riding a 250 but with Kenny opting out of outdoors I had this chance. Whatever the team wants me to do next year, I am going to do”, Craig stated.

Whilst there’s been no official word on Craig’s plans for the 2021 season it’s thought he’s signed with Star Racing Yamaha but we await official confirmation.