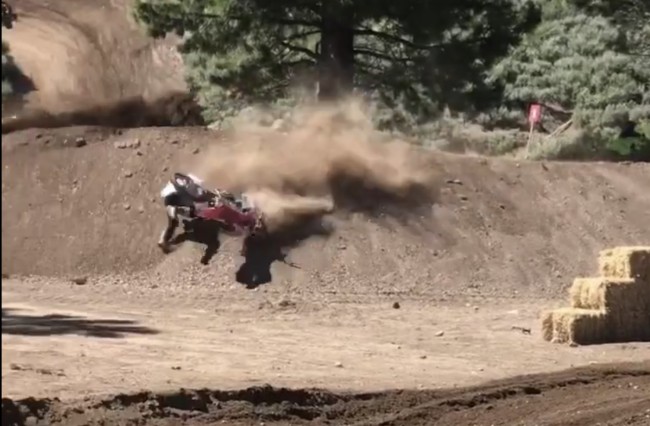 Adam Chatfield had a lucky escape racing at Mammoth Mountain in the States after cart-wheeling over a berm in spectacular style while trying to make a pass on a rival for the lead!

The Brit had been doing some racing in England but enjoys doing the annual Mammoth mountain race in California on one of the most picturesque locations in the world.

Chatfield was in good company there, with Jeremy McGrath also coming out to race on a 450 Kawasaki and a 500 Kawasaki for the weekend!