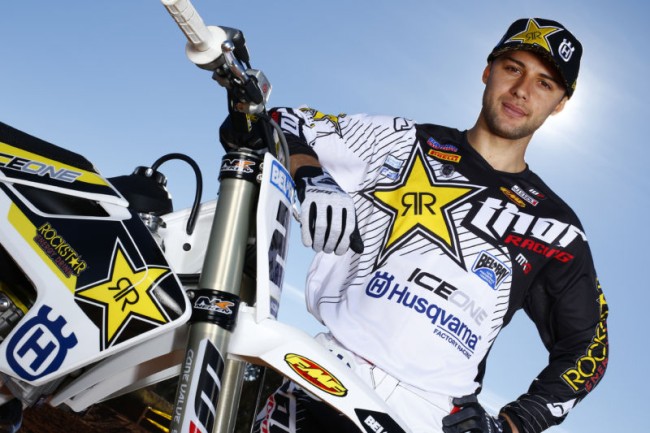 Historical, back-to-back ISDE and MXoN Team wins gave Rockstar Husqvarna’s Christophe Charlier a genuine French national hero status, in a matter of a few weeks. Now, the likable rider from Corsica is taking on a new challenge as he is preparing to race the Paris SX on November 18th and 19th!

“Christophe was actually motivated to race our Event back last summer, long before the French MXoN team’s developments”, explains Xavier Audouard, Paris SX sports director. “At the time it sounded a bit awkward but he proved in Matterley that when you are as talented and young as he is and have spent many years on the GP circuit as a Factory Rider, you don’t lose these MX skills, especially when MX remains fully part of your training program! The Paris SX is obviously an individual race and everyone out there wants to become the new “King of Paris”.  But we also have our Nations challenge, which will be a France vs USA match this year, based on the best top three results per Nation. Christophe will definitely bring the right spirit to the French squad for that challenge, that USA won 12 out of 15 times since we started it in 2002”.

“The Paris SX is a major Event on the French calendar for decades and I have missed it too often because of injuries or “team” reasons”, said Charlier. This time I am healthy and the Event is coming back to Paris in a brand new, full size stadium, everyone is really excited and I want to race in front of the French fans, they are the best ! I have always loved Supercross and never stopped spending time on my private track in Corsica. A year ago I was racing the SMX Cup and had a great feeling on the bike, the suspension settings we had from the US were very good, so I have a solid base to prepare for the U Arena in Paris”.