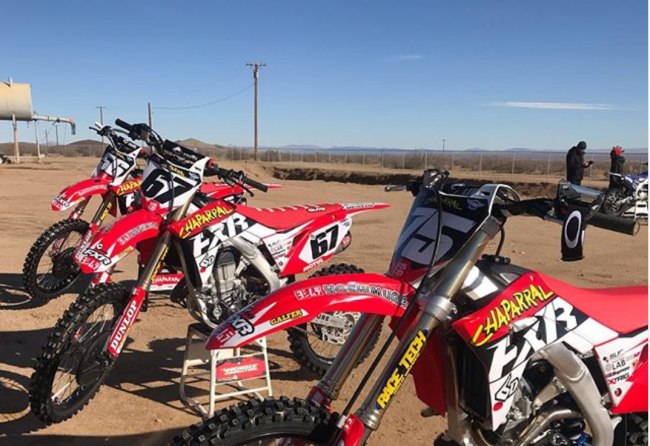 The Chaparral/FXR Honda Racing team are a new team in the AMA paddock for the 2020 season and they’ve announced a four rider line up.

The team will have three riders in the 250SX East series with Chris Blose, Justin Starling and Jerry Robin. All three could also end up racing selected 450SX events as well.

Coty Schock has also been signed up by the team to contest the 250SX West series.