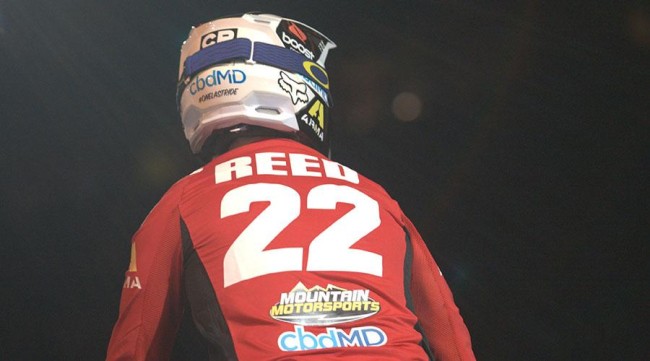 Chad Reed thinks he has re-injured the ribs he broke in Paris after his first turn get-off in Glendale.  Reed is of course in his final year of supercross but hasn’t had the results he was hoping for so far after the aforementioned rib injury in Paris and a lack of bike time while putting together his own team at the last minute.

Reed gave his comments while he was at the Rolex24 hour car race on Sunday. “I’m a little beat up, I thought I was just about healed up after multiple broken ribs in the off-season and then I think I might have re-broke them. They tell me that’s part of it!”

Two-time @SupercrossLIVE champion @CRTwoTwo (Chad Reed) raced last night in Arizona, caught a red-eye, and is here at @DISUpdates for the @Rolex24Hours!

Better yet, he wants to RACE in it someday! #Rolex24 #IMSA #SupercrossLIVE pic.twitter.com/fPlWuP6xVt