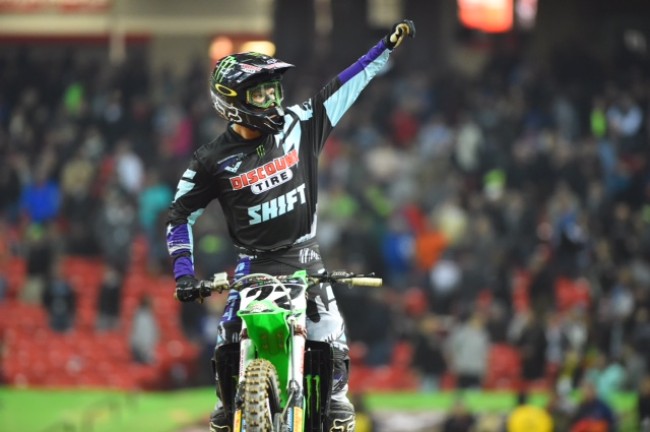 Chad Reed has hinted that this may be his last year of racing the AMA Nationals and that he would like to end his career by going back to MXGP for one season.

Speaking on DMXS radio, Reed admitted he would like to go full circle and maybe end his career where it started, in GPs.

Reed explained: “Honestly, there is a part of me that would really like to go back to  Europe and do the GPs before I retire. It wouldn’t be easy but it would be fun. I would like to venture off and show the kids the world and do that. There are a few things in the works but we will see what happens. I would like to do a full season and maybe do some part-time supercross before the GPs or something like that. Never say never, I don’t know if that will happen, but it would be fun I think.”

When asked if RV would win the GP title Reed said: “I don’t know, it’s hard. Coming from someone who had to move away from everything you understand, it’s hard. It’s easy at home. It will all depend how comfortable he is and do his normal schedule and make Europe their home. It’ll be interesting to see how that works out for him.”

It would be pretty cool to see Chad Reed end his career in MXGP and see him match up against Cairoli and co for a full season. Let’s hope it all works out and we see the legendary Australian racing the World Championship one last time to end a remarkable career where he started it.

In other MXGP news, Mike Alessi may be riding the British and French GPs possibly for RIcci Husqvarna. Nothing is confirmed, especially with Mike’s recent knee injury, but it would be great to see another American and RV’s big amateur rival follow Villopoto to the World Championship, even if it is only for a couple of rounds.