Chad Reed on his future and a change to benefit SX – a salary cap? 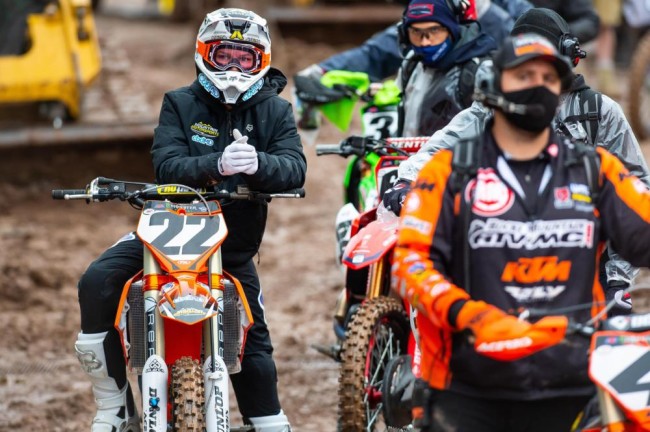 During a press conference after SLC6, Chad Reed spoke about his future and revealed that even though this is his last year racing a full 17 round Supercross series, that we are likely to see him back racing some events next year.

“For me, I never trusted myself. This is the end of a full time racing career, I no longer have that burning design to work all year round to do a 17 round series anymore. Jumping in and doing some races whether that’s here in the U.S or Europe, Australia or whatever. Then obviously with the ending we are currently experiencing, it’s far from what I pictured my last 17 races, that’s not me being negative thinking these races suck or anything like that, it’s just a very different feeling. I decided to race this year fully based on the fact that I kind of wanted to say my goodbyes and enjoy multiple stadiums around the country and I didn’t get that opportunity. We are six stadiums short of what I had originally planned out to do”, Reed stated.

The Aussie wants to experience the real show at a Supercross again in the future instead of his last ever Supercross race being behind closed doors with no fans.

“As I sit here today and I’m in shape and racing, I absolutely want to come back and race, as I start to phase out and start looking at car dates and racing four wheels, will I have the motivation to get back into shape and do the work it takes to qualify and do these races? That’s the unknown but sitting here today – emotionally and physically, I don’t want this to be the end right now. I really want to race some races next year, I think it would be really fun to experience fans again and what I get from racing in front of fans – the opening ceremonies, the fireworks, the anthem – all those things, I want to experience that one last time”.

Ricky Carmichael asked Reed if he’s thought about what life might entail after racing and Reed didn’t rule out staying in the sport as a role of a team manager – a position like Roger De Coster would interest the Aussie.

“I love it, you know a lot of people retire have a few reasons – they don’t want to travel anymore, it’s a gnarly schedule but the schedule doesn’t scare me, I’m probably more fearful of not being able to pack my bag and go on a plane 17 times a year, I’ve more fear from that than anything (laughs). I love it and I would love a position, when you think of Roger De Coster, if I was to put effort in and go to do something, you’d want to be Roger. It’s so hard being and seeing what I’ve seen, what I know and running my own race team – seeing what makes a team successful and what makes a team fail. I think you have to be in a position of a Roger to be the guy if you make bad choices you fail, if you make good choices you win. Anything in between that line is probably were I struggle the most with every individual in our sport so I wouldn’t want to be that person. I would have a huge desire to go over to a factory race team at the highest level like a Roger de Coster”.

Reed had some of the best moments in his career on a Yamaha and the past few years have been very disappointing for them – Reed believes they could probably do with his help the most at the moment.

“Any manufacturer that give you the reigns and support to succeed, not to hang yourself. It’s hard to talk about this while you are still racing but I think Yamaha probably need my help the most. They’re near and dear to my heart, I’ve had a lot of successful years and the years you look back on and think, man they were the cool years, I was riding blue. To see them at the level they’re at now is less than the highest level in my opinion. A team like that would be fun but in saying that, you want to be involved in a company that is driving to build rad motorcycles”.

When asked about making a change that would help benefit the sport right now, Reed says he doesn’t like seeing riders being forced up to ride the 450SX class if they don’t feel ready as riders develop at different ages. Reed suggested a salary cap could be introduced.

“Seeing how soft the East Coast is, seeing Jeremy Martin sit out the last three races, I don’t know if that’s healthy for our sport right now. I think that names and high quality individuals in the series is important so I think that needs to be addressed. As an athlete it hurts me to say this but I do believe there needs to be some form of a salary cap in the lites class.  I think that’s more important than capping them on how many years (points), because everyone develops differently. Yourself (RC), myself and James Stewart for instance, we were destining to get to the top of the sport as fast as we could but not everyone has that luxury of fast tracking and getting there. Someone like McElrath is really coming into his own now, where’s he going to go? I don’t know where he’s going and I don’t think there’s a quality race team in the 450 class for him and I think one more year, I don’t care what his age is, I just think that everyone develops differently and I think one more year would probably make him a better rider/athlete/racer”, added Reed.

You can watch the full press conference here: