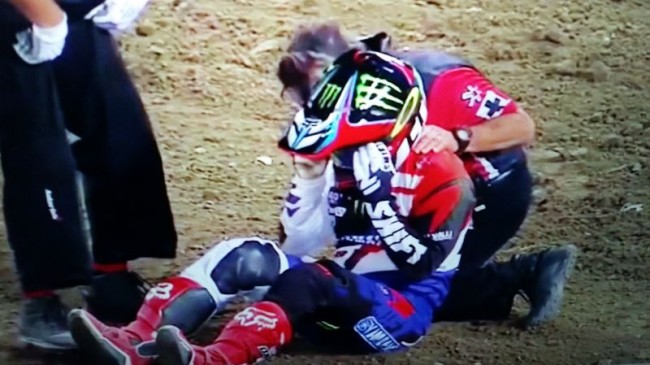 Chad Reed has issued an update on his condition following his start straight crash in Toronto.

The Australian was down for quite a while but eventually got up under his own power and says he will be racing this weekend in Detroit.

Reed tweeted: “Appreciate all the get wells and concern, I’m a little beat up but I’ll be all good and ready to try again in Detroit.”