Catching up with Mark Chamberlain 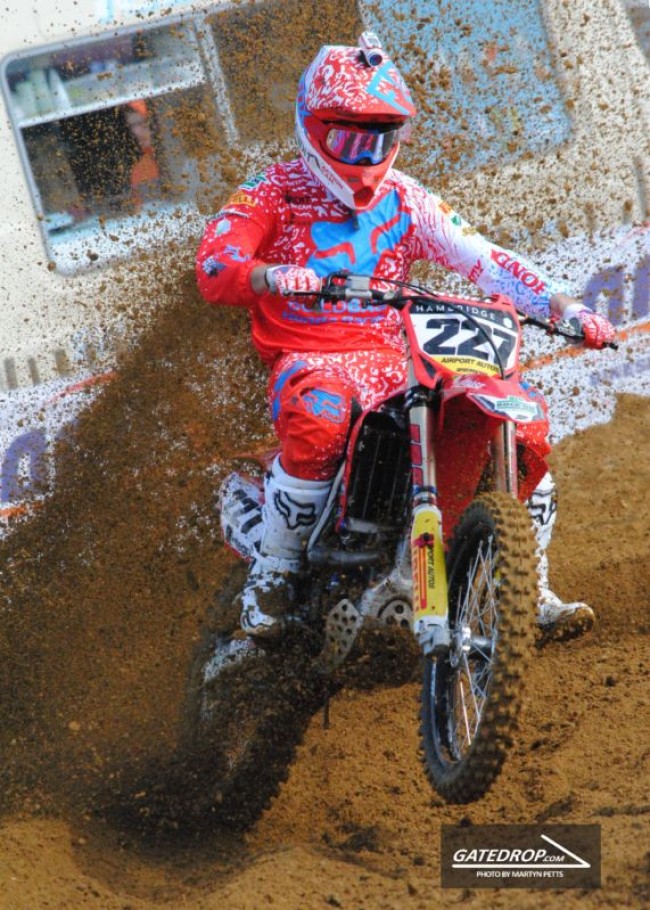 The British Arenacross series gets underway at Manchester this weekend, one team that has always supported the series is the MVRD team. For the 2017 series the MVRD Husqvarna squad have a strong rider line up with Kristian Whatley and Adrien Escoffier.

Whatley last contested the British Arenacross series in 2014 and ended the season fifth on his Yamaha. It will be interesting to see what he can do now he has the experience of contesting the series before and knows what to expect.

Adrien Escoffier has been strong in the French supercross races he has contested and especially at Lille – he was in good form and could run at the front in the British series.

We decided to catch up with the team manager, Mark Chamberlain to get his thoughts on the British AX series and the teams plans for the year ahead.

Gatedrop: Whatley last did the British AX series in 2014 and finished fifth, do you think he has what it takes to win the series? Has he done much AX riding before this weekend to prepare?

Mark Chamberlain: Honestly, Kristian hasn’t done a lot of AX training. We are going into this championship with an open mind and to enjoy the series. The top guys are specialists so we are not thinking it will be easy!

Gatedrop: You have French rider, Adrien Escoffier competing in the series and he will be a rookie. What was the decision behind signing him?

Mark Chamberlain: Adrien has been doing well in France so we felt he could be a strong and a consistent rider for us and him being on a Husqvarna already makes life a lot easier for everyone.

Gatedrop: There are some top riders competing again this year, who do you think the main guys will be for the championship?

Mark Chamberlain: The Suzuki guys on both SR75 (Thomas Ramette & Cyrille Coulon) and RFX St Blazey (Cedric Soubeyras & Angelo Pellegrini) will be the main guys in the series I would think.

Gatedrop: The team has supported the British AX series from the start, how has it improved over the years in order to attract the big names?

Mark Chamberlain: The guys at AXUK put a lot of effort in and we want to support that even though it’s hard to fit into the schedule. The crowds and events are well run and we will always try to support anything that’s positive for our sport.

Gatedrop: Switching to Motocross, you have a brilliant rider line up with Whatley and Kullas for 2017. Was it hard to make the deals with these two riders all come together?

Mark Chamberlain: Initially the intention was to run one main rider but it came together we could have both and we want to push for titles. Also, having Callum Green in MXY2 will be good as we have always enjoyed working with young riders as a team. Jordan Booker will be back in the summer after his knee surgery as well and we have enjoyed working with him.

Gatedrop: What goals have you set the team for the British championship in 2017?

Mark Chamberlain: Always to be the best we can be but to try to be in contention in all the championships we are competing in – MXY2, MX2 and MX1

Gatedrop: There is no questioning Whatley’s talent, what do you think he needs to do in order to win another British title?

Gatedrop: Do you plan on doing any MXGP rounds with him? He could get some good results and help the exposure of the team!

Mark Chamberlain: I would love to but its all going to boil down to money which ultimately is our biggest restriction and frustration as a private team. The British Championship is our main focus.