Catching up with Jamie Carpenter 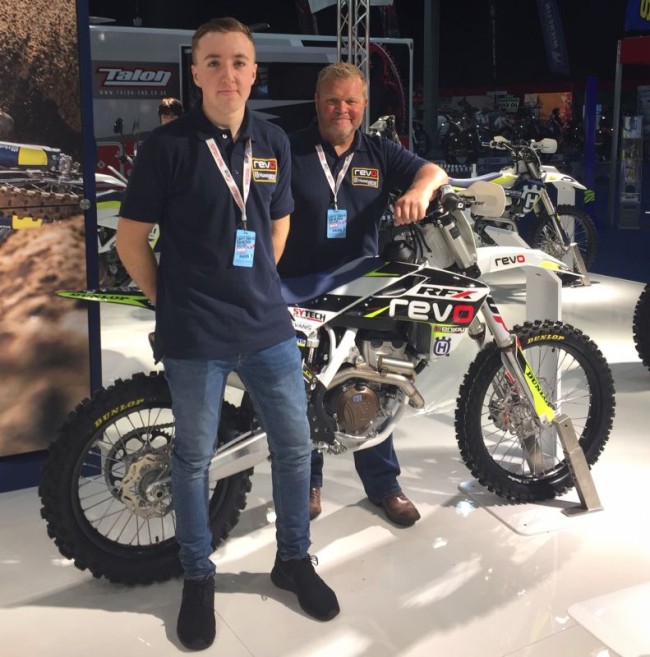 It was a great year for Jamie Carpenter as he won the British MXY2 championship title. The fact that he won the championship has presented Jamie with a different challenge for the 2017 season as he will move up to the MX2 class and also contest some EMX250 championship races.

The new team in the British Championship paddock, Revo Husqvarna have signed Jamie alongside the experienced Mel Pocock. It’s going to be a big year for Carpenter as racing the MX2 class is a big jump but with a good team behind him he has more chance of succeeding.

We decided to catch up with Carpenter to talk about his MXY2 title and his switch to the MX2 class for 2017.

Gatedrop: Jamie, you won the British MXY2 title this year, you must be delighted with how your season went?

Jamie Carpenter: Yes, it was great to get that under my belt and I’m really happy with how the 2016 season worked out for me.

Gatedrop: You have signed a deal with the new Revo Husqvarna deal for 2017 to race the MX2 class, how did the deal come about?

Jamie Carpenter: Originally Mark and Sam Yates started talking to me at the races towards the end of the season and it went from there. Having had a good relationship with Husqvarna UK in 2015 and seeing how professional and passionate Mark and Sam are, I feel like I’ve been given a fantastic opportunity for the 2017 season.

Gatedrop: What’s your first impression of the Husqvarna ?

Jamie Carpenter: I really like it. I rode a KTM for the majority of 2016 and it’s very similar. I tested a REVO Husqvarna towards the end of the season and I was very impressed with the bike.

Gatedrop: This year you rode the EMX250 championship at Matterley Basin, how did that event go for you and what’s your thoughts on the series?

Jamie Carpenter: I’ve competed in a few EMX events in both the 125 and 250 classes, I feel I’ve gained valuable experience. The depth and quality of the field is very strong and I’m looking forward to progressing in this series.

Gatedrop: You will race selected EMX250 races in 2017 – do you know which rounds yet?

Jamie Carpenter: As of yet, the exact rounds I’m racing haven’t been confirmed – This will be the teams decision.

Gatedrop: We have saw some fast MXY2 winners struggle to make an impact in the MX2 class, guys like Walkley and Anthony Reville don’t even race anymore! But guys like Sterry and Watson have been fast in MX2 as well. What will you do in order to turn out a top MX2 rider?

Jamie Carpenter: I will prepare myself as well as I can. As well as being in an excellent team like REVO Husqvarna and on a great bike, I also have good people around me which include my family, mechanic, fitness trainer, riding coach and sponsors.

Jamie Carpenter: To prepare, work hard and do as well as I can.

Gatedrop: Mel Pocock is going to be your team mate, is that someone you’re already close too? You could learn a lot from him!

Jamie Carpenter: I’m looking forward to being team mates with Mel next year. The team have a lot plans over the winter months and I’m sure we’ll get to know each other well.

Gatedrop: What are your plans for winter in terms of where you’ll be based and pre-season races?

Jamie Carpenter: I’ll be based in the UK, Holland and Spain through out the winter. I already have a fitness and riding programme in place. Any decisions on pre-season races haven’t been made by the team, though in previous years, I’ve chosen not to enter them.

Gatedrop: What’s your thoughts on the British Championship calendar and the format? There’s a lot of sand, do you think some more hard pack is needed to prepare the riders for EMX250?

Jamie Carpenter: I really like the look of the calendar – Its fairly similar to the 2016 season and living in the South of England, I’m able to get a lot of hard pack practice in.

Jamie Carpenter: Firstly, I’d like to thank Mark and Sam Yates at REVO Husqvarna as well as David Edwards and Tom Gillingham at Husqvarna UK for giving me a great opportunity in 2017. A big thank you to my mechanic Gary Finch, my fitness coach Alan Milway and my riding coaches Justin Morris and Ronald Starink. Also to my personal sponsors, MITO (UK) Ltd, Pro Grip, Greenstar, Pro-Bolt, Monkey Fresh, Malcolm Rathmell Sport and of course my Mum, Dad and Sister.