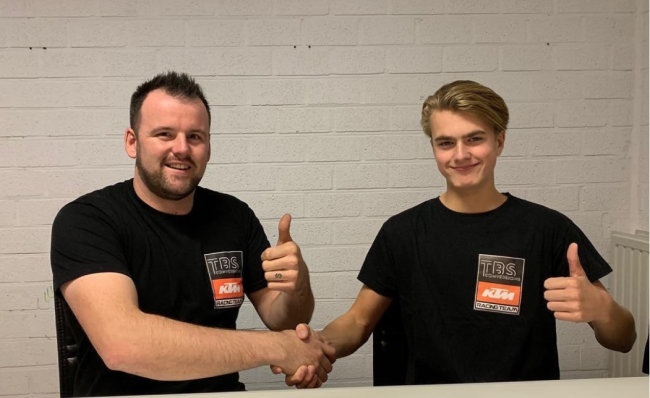 The week between the 2 races (Mantova this weekend) would be used to finish some practice sessions. The practice sessions went without problems until there was a heavy crash on Thursday morning. Cas ended up on his right side (hip/pelvis) on the hard surface. On Thursday afternoon it was immediately to drive home and to go to the hospital in the Netherlands on Friday afternoon. It wasn’t quite clear yet with taking pictures but after the CT scan the diagnosis of a pelvic ring fracture was made.

The injury means that Cas has to rest a lot in order to let it heal. Cas is currently staying in the hospital in Enschede for a few days where he is under the supervision of a specialist. He’s doing well under the circumstances, he’s just very disappointed for himself and for his team TBS-KTM. How long this will take is not yet known at this moment in time. Thanks Tom and Suvi and the rest of all sponsors for understanding. He is coming back stronger.