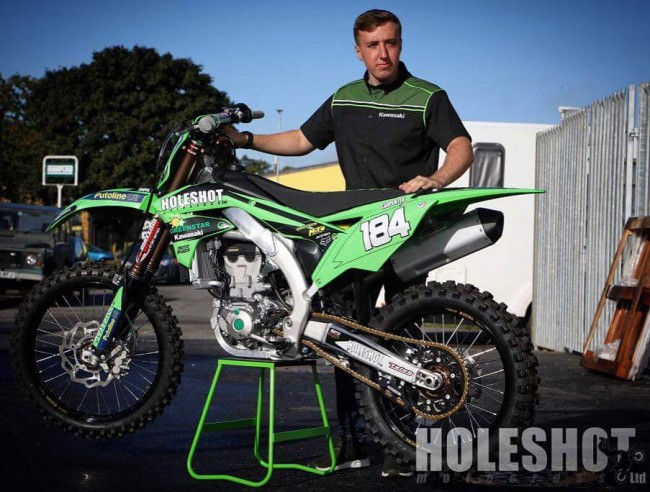 Jamie Carpenter has announced his plans for the 2018 season as he has inked a deal with Holeshot Greenstar Kawasaki.

The Brit will contest the MX2 Maxxis British Championship and the EMX250 series.

The ex MXY2 Champ was with the professional Revo Husqvarna outfit for 2017 but sadly snapped his ACL and damaged his MCL at the beginning of the year which meant he missed most of the season.

The Brit will be hoping to avoid any injuries this year and make progress after a long break due to injury.

Jamie Carpenter:  I’ve had a long break which in a way has helped me by giving me time to sort out a lot of little things which will make me better prepared. I’m very optimistic, I’m not sure where I will be at the start of the season after having a long time off, but I’d like to be getting some top 10 results by the end of the year.