Cairoli update: We will be behind the gate! 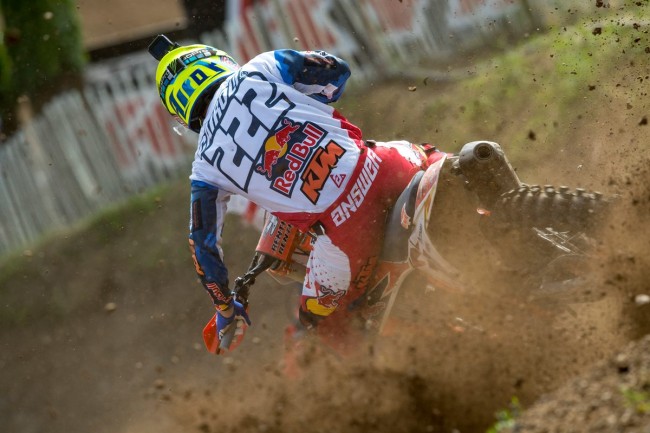 Despite a heavy crash today on a downhill while running fourth that had the world champion clutching his back, Tony Cairoli says he will race tomorrow in Russia.

The Red Bull KTM rider seemed to get cross-rutted and violently ejected from his 450 machine, landing on his back and immediately went straight to the pits and DNF’d the motos.

Cairoli says he went for medical checks after but that everything was okay and he will line up on the gate for tomorrow’s races.

How much it will affect his speed remains to be seen, and he will also have an outside gate pick on a track that is tough to pass on, so just like France, Cairoli has uncharacteristically put himself behind the eight ball coming into tomorrow’s races.