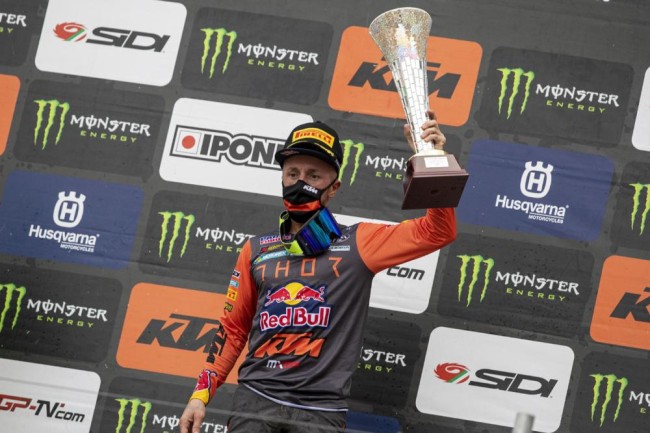 Red Bull KTM’s Tony Cairoli is undecided on the right course of treatment to fix the left knee problem that has impeded his 2020 season and his close but unsuccessful bid for a record-equalling tenth FIM title. The Sicilian needed to have the joint drained several times since the resumption of racing in August and won the Grand Prix of Trentino at Pietramurata – the sixteenth round of eighteen this term – after having a cortisone injection.

The close proximity of the races and the small window of recovery time between GPs has been an obstacle for the 35-year old, who has also suffered to match the intensity of his rivals when it comes to time-attacks in Timed Practice for gate positions. Although Cairoli’s starts have been typically strong with the KTM 450 SX-F he has struggled in Free Practice sessions to get on the pace.

The problem seems to be related to the cartilage and contact between the bones. “I’ve seen a lot of doctors, including Dr Claes who operated on me a few times, and they say there is not much can be done,” he said exclusively. “The knee is not in line and it is pushing bone-to-bone. There is no major problem…but it is the liquid that gives me pain and less mobility. When you bend it too much on these kinds of hard-pack tracks [like Pietramurata] then you have a lot of pain for a lap and a half and you need to re-group. It’s not ideal.”

The 2021 MXGP calendar is due to be released next week and should see the new season starting in early April, giving Grand Prix teams and riders a four-month period for recuperation, testing and training. Cairoli has this period to analyse a solution ahead of his eighteenth world championship campaign.

NOTE: The calendar has now been released which you can see below: 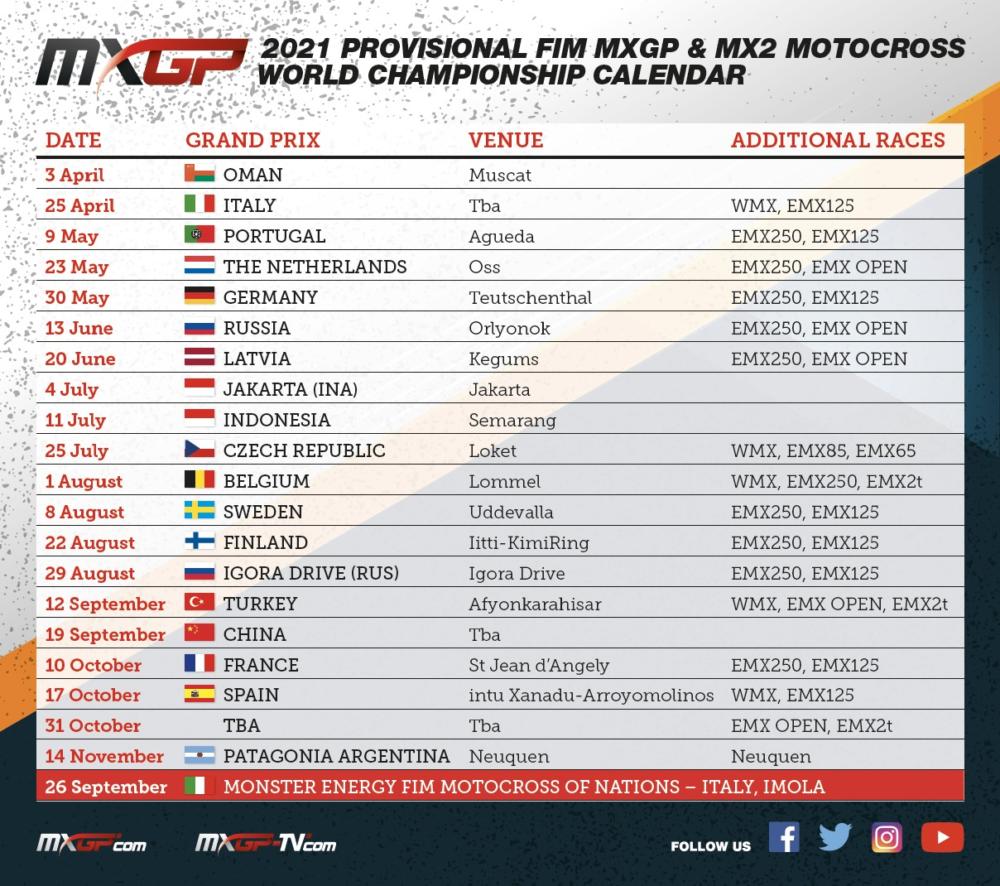