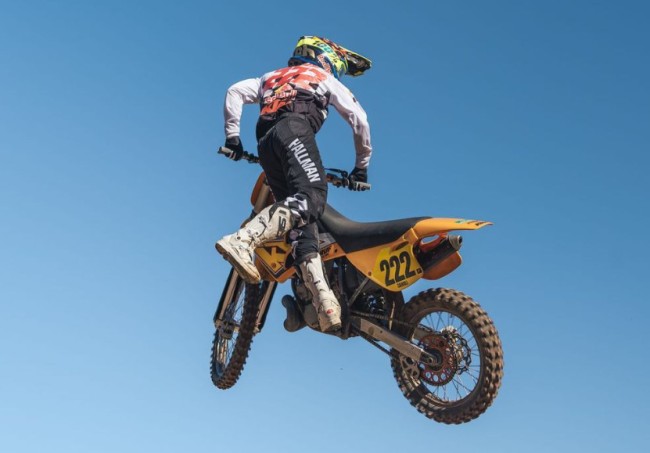 Maggiora: day of Sport, Entertainment and Fun with the legends of Motocross. Excellent response from the public in the year of the debut of the event that was able to enjoy a weekend with a summer climate, for an event that wants to become a fixed appointment for fans from all over the world.

One of the most beautiful pages of its history was written this weekend on the Maggiora Park track where the final round of the Italian Vintage Motocross Championship and the first edition of the FIM Vintage World Cup were held. The 290 riders competing for the 21 category titles of the Italian championship alternated on the track with the legends of the tessellated wheels, in the new format of the Arma Hero Superfestival, led by the nine-time World Champion, Antonio Cairoli and the myth of American Supercross, Jeremy McGrath.

After the performances on Saturday and the three heats of the Arma Hero Superfestival that saw protagonists among others, Joel Smets, Mike Brown, David Philippaerts, Alessandro Lupino, Dug Dubac, Gautier Paulin and Christophe Pourcell, the giants of the tessellated wheels paraded Sunday morning during the free practice session together with the members of the Italian National Motocross of Nations of 1986, Michele Rinaldi, Corrado Maddii and Massimo Contini, Michele Fanton, Jacky Vimond, Brocciaste Glover and many other champions, preceded by the Arma pick-up with Emilio Ostorero and Giuseppe Cavallero on board who paved the way for them in the first half lap, before challenging each other in the afternoon in the last two heats of the Arma Hero Superfestival, giving and giving themselves an infinity of emotions, parading in front of the exceptional starter Alex Puzar.

The public of fans of sport and the history of Motocross was thus able to live a two days alongside the idols of their childhood and the riders who contributed to building the success of Maggiora, bringing the name of the Piedmontese track all over the world. The CEO of A Sport Group, the real soul of the event, took to the track with the champions who helped bring the Mottaccio del Balmone track to the top of the specialty, together with Andrea Dovizioso who retired from MotoGP a week ago, willingly accepted the invitation to join the riders of the knobbed wheels.

Stefano Avandero President of A Sport Group: “I had this dream in the drawer for a long time and I wanted to bring back to Maggiora the passion that motocross transmitted to me when I was a kid. I wanted to recreate the atmosphere of fun and celebration that has fascinated me since the late 90s; at the time no one took me to run or to see the races and so I was left with a strong desire to give life to something like this. Today I am happy to see, thanks also to all the members of Maggiora Park, this dream come true. On this occasion we also wanted to pay homage to a true Motocross enthusiast like Andrea Dovizioso, with a celebratory jersey, autographed and dedicated by all the champions on the track.”

Antonio Cairoli: “It was really nice to be here this weekend! As always Stefano organizes everything at the top and being able to ride on the track with many champions and with the myth of my childhood, Jeremy McGrath, was a special satisfaction, difficult to describe. Now we focus on the Nations to be held in two weeks in America but after this full immersion of passion, I am more charged than ever.

Andrea Dovizioso: “Having the Maggiora jersey with the autograph of all these European and American Champions was a fantastic gift. Attending them and being among them on and off the track was a dream; they made me feel like a real reporter. Stefano then managed to bring all these riders to Maggiora and make us spend three unforgettable days all together.”

Jeremy McGrath: “Coming back to Maggiora was really great, being on track with all these past and present champions made this weekend unforgettable. I had a lot of fun and while remaining within the limits of safety, we also challenged each other in fun duels with Cairoli and the other guys, giving the public emotions and entertainment, even if the real gift was made by Stefano and the guys from Maggiora inviting me “