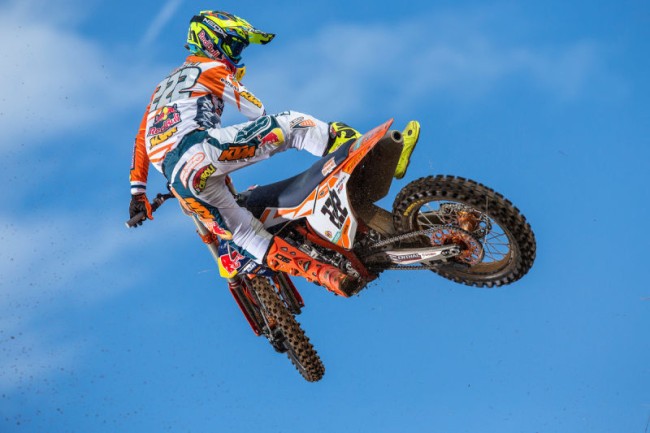 The rumours of Tony Cairoli being injured are true – but it turns out to be ‘a little injury’ according to our source.

Cairoli crashed while testing and will now take two weeks off the bike. As a result he will miss the first two Italian championship rounds, but will be fit to race at the first round of the world championship in Qatar in one month’s time.

It’s not the ideal preparation for the eight – time world champion but he has had a full winter’s testing on the 450 and should be back firing on all cylinders once the World Championship begins.