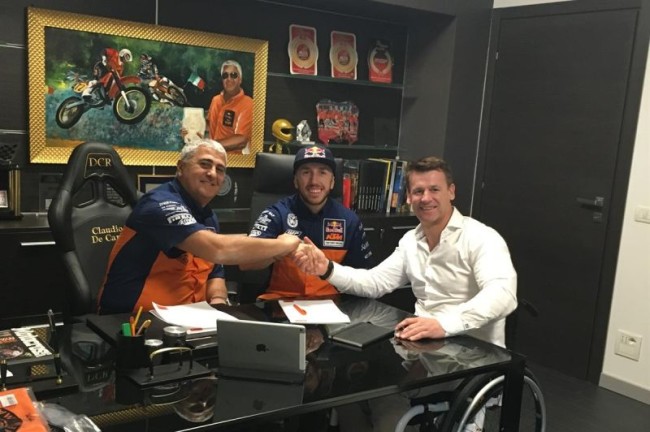 Following his injury-plagued 2015 season the 8-times motocross world champion wants to go on the attack in the MXGP class with his KTM 450 SX-F in the 2016 season. In addition, the 30-year-old Italian has also decided on his future career path.

Tony Cairoli: “I am super happy that I am going to continue my career with KTM. I want to fight for the Motocross World Championship in the next three years and while I’m doing it, I’m happy to be part of such a great KTM team.”

Pit Beirer (KTM Motorsport Director): “We are extremely happy that we will have Tony Cairoli on board in the KTM family for a further three years. Even though the last season was a difficult one for him, we want to stay together to recapture the success of our past seasons.”