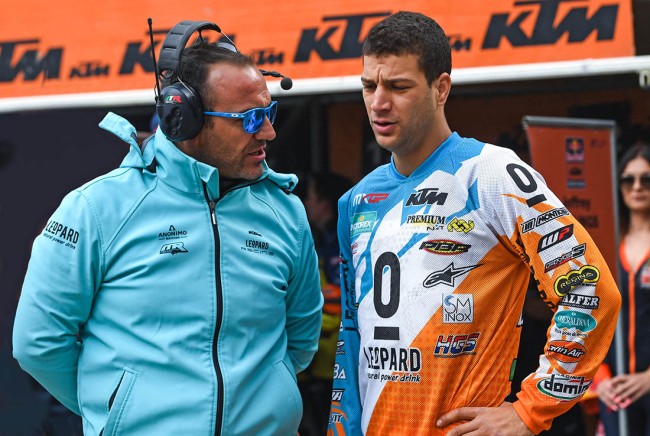 Jose Butron and the MXGP team of the Marchetti KTM outfit have agreed a deal to stay together for the 2018 season.

It will be Butron’s fourth year with the team and his goal for the season is to be in the top ten. Despite missing five rounds of the 2017 season through injury, Butron ended up nineteenth in the championship rankings.

Butron will be hoping to stay fully fit for the duration of the season next year. He will also be looking to add to his twelve Spanish titles.

Butron will join Morgan Lesiardo under the awning as the team have already confirmed the EMX250 champion to contest the MX2 World Championship.

“The goal is always to be in the top ten,” said Butron in a press release, “although there are many official riders and the level is really high. After three years in the team Marchetti the relationship is great and we know how to work and where we can improve, always with the utmost commitment. We will start with the development of the new bike and I am confident I can give my team and my fans some nice satisfaction. “