Brylyakov out for the season! 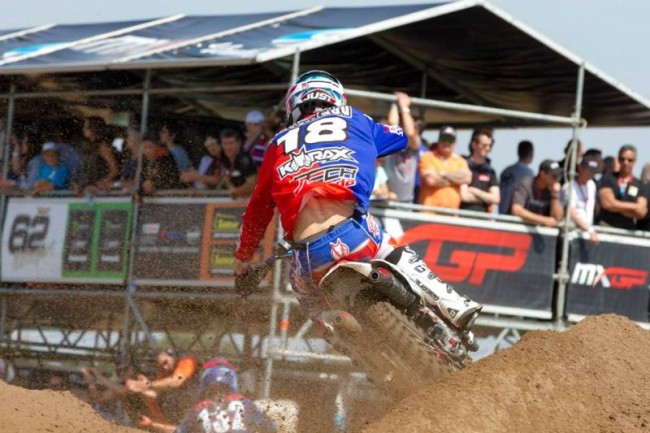 Vsevolod Brylyakov has recently been struggling with a shoulder injury and he will now miss the rest of the season. Its a shame as the Russian was having some great rides in his rookie year and it will also be a big blow for the Russian Des Nations team. Tonkov and Brylyakov will both miss the nations.

Vsevolod has made a name of himself this year, don’t be surprised to see him land a good ride. Dixon Kawasaki could the team he ends up at!

Vsevolod posted the following message on Instagram for his fans:

Officially announce , that mine GP season is over. Injures of ankle and shoulder ,that I have not healed in time , given the complications. I went to the sport medicine center in Russia and expected that I'll be able to do all in 2-3 weeks but treatment ain't going well. Feel very bad and sorry for me and for my team , that I am not able to participate at home GP round and the rest. But this is motocross. #VB18 #out #sorry