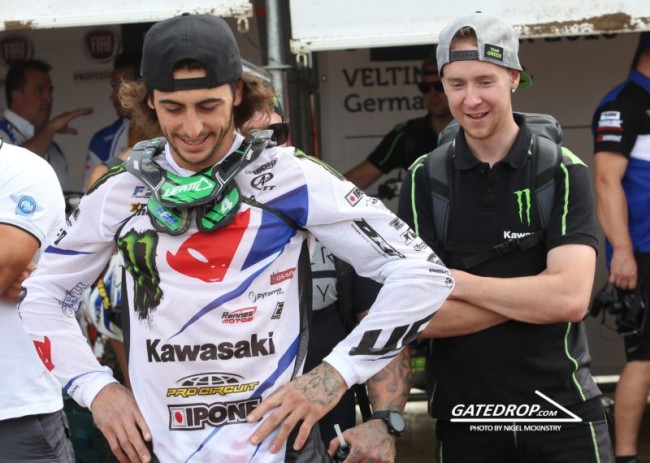 MXGP journalist, Adam Wheeler has just arrived at the Swiss GP and is reporting that Dylan Ferrandis has suffered from a suspected broken wrist. Dylan was fifth in timed practice but must have suffered from a crash trying to better his time.

There are a lot of injuries in MX2 at the moment that include Herlings, Prado, Pootjes, Jonass, Tonkov, Sterry, and Brylyakov. Hopefully Ferrandis isn’t another injury we can add to that list.

Just arrived at Frauenfeld for #MXGP #Switzerland to learn of a suspected broken wrist for Dylan Ferrandis. #mxon trouble for Team France