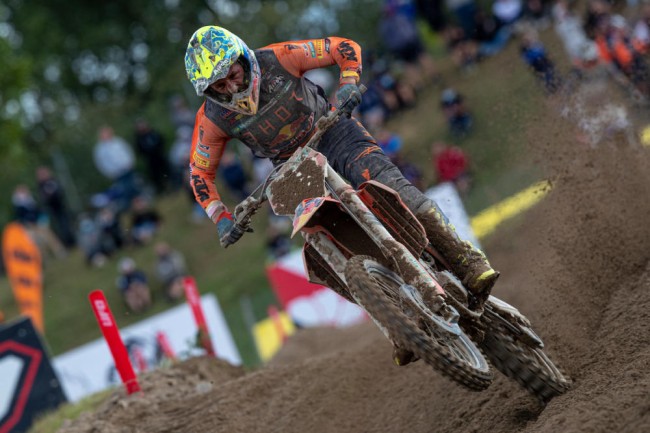 Tony Cairoli showed just how badly he wants to win his tenth world title by gutting out a 15th place and six points despite having to pull in for goggles and a broken nose after a crash that left his shirt saturated in blood!

The incredibly tough and determined Italian said: “Today started good and I was happy with the third place because the track was pretty sketchy. It was positive to take those points. My start wasn’t so bad in the second moto but when I was coming across some riders to make positions I clipped the wheel of another and crashed. I had to come back from last and use the Goggle Lane because my roll-off was finished. I was feeling great and pushing.

“Then I had another fall when I went sideways on the first uphill and hit my face quite heavily. I wanted to keep going for some points. Of course, it is not the result we want – and we must avoid mistakes. I broke my nose but it could have been worse. We didn’t keep the red plate but we’ll be ready to go again and try for the podium on Wednesday.”