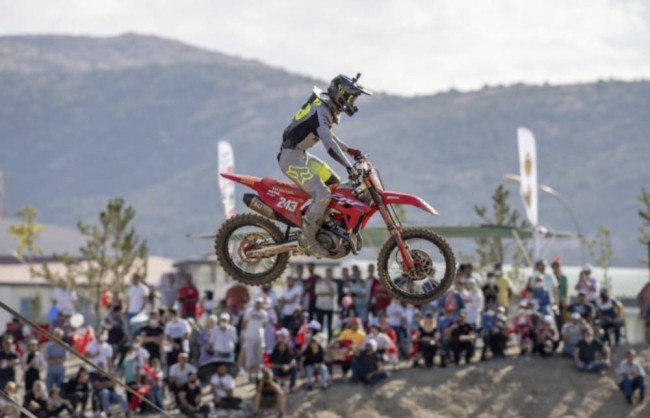 Around 9am this morning we heard rumours that Tim Gajser had broken his collarbone in Croatia getting ready for the Riola sand this weekend in MXGP. We couldn’t get any official verification from Honda, but it was never denied and Adam Wheeler has now reported the news we had also heard through the grapevine – so it looks like Gajser, if he does race, will have to brave the pain this weekend to keep his world championship lead!

Hearing rumours of quick surgery on a broken collarbone for #MXGP World Champion Tim Gajser this week. No official statements forthcoming from HRC, which means something is up but no details as yet #motocross pic.twitter.com/UQPYe4XI0J

After Herlings riding with a fractured shoulder blade, Gajser, leading by 28 points over Romain Febvre, will now have to do the same and tolerate a lot of pain on one of the roughest tracks on the calendar. The world championship now appears to be absolutely wide open with five riders having a big chance of the title.