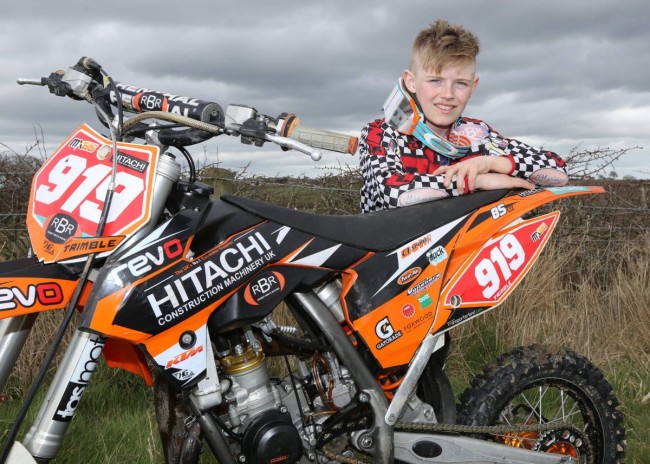 Decrease Font Size Increase Font Size Font size Print Send
The 2015 Thor British Youth Nationals kicks into life this weekend at Haverigg Moto Parc in Cumbria.
Nearly 200 of the best youth riders in the UK are set to battle it out for British championship honours in the deep sand track of Haverigg which is situated in the Lake District.
The sandy conditions of Haverigg makes perfect sense for the season opener in the UK, a track which is rideable in all weather conditions, the weather forecast for this weekend is looking dry which will make for exciting racing in all classes.
Gareth Hockey of RHL Activities: “The off season has been a long one, our last championship event in 2014 was way back in August, so its really nice to be back racing. This years championship looks set to be best yet, the best of the best in the UK. We’ve had major growth in both 85cc classes for this years championship and hope to see this will continue in other classes as the series expands in the coming years. Our tracks in 2015 are some of the best in the UK, the sand of Haverigg this weekend, then we travel south to Cusses Gorse, Pontrilas on the Welsh/English border for round 3, then back by popular demand we head to Northern Ireland for round 4 at Desertmartin and to finish off its back to Fat Cat Moto Parc near Doncaster.A huge thank you must go to Thor for their support as the championship title sponsor for the next three seasons, for such a major player in the world of off-road to support our championship is mind blowing.
We would also like to thank all our sponsors who have helped in making the championship a bigger and better place for youth motocross riders to showcase their talent. It’s our aim to push the sport into the future and make the Thor British Youth Nationals the premier youth series in Europe, as well as a breeding ground for future British world champions,” concluded Gareth.