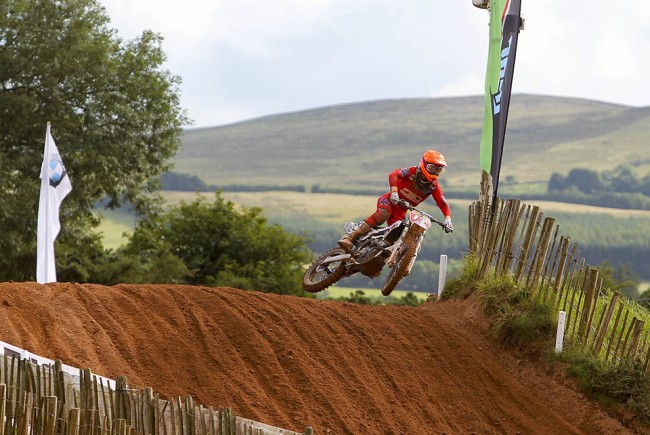 The best junior motocross racers are heading to Pontrilas in Hereford on September 2-3 to battle it out for the final round of the Thor British Youth National Championship to determine who will be crowned the 2017 champions.

The six-round Thor British Youth National series has provided some excellent racing in 2017 with the stars of tomorrow competing on 65cc to 250cc machines at a number of venues throughout the UK. The battles have been heating up going into the season finale, and at present riders Wal Beaney, Vinnie Guthrie, Dominic Lancett, Rossi Beard and Howard Wainwright lead each of their respective championship classes. It’s sure that they will be looking to continue their form, but this is a race weekend where places can be gained or lost, and it’s certainly going to be exciting to see who emerges victorious.

Pontrilas Motocross track is a well-known circuit and has hosted the Maxxis British Motocross Championship in the past along with many other national motocross events. The circuit itself is of natural terrain, with a number of ski jumps, tabletop, drop offs and a whoop section. It certainly will provide some first class racing to watch over the two days.

Whilst providing some of the best racing entertainment with their determination, grit and speed, the British Youth National young guns are cutting their teeth as they start on the quest to be the future world champions and stars of the sport.

Gareth Hockey, Director of RHL Activities, which organises the Thor British Youth National series, commented: “Pontrilas played host to the fifth round for the Thor British Youth Nationals in 2016 and I am pleased to be returning again to finish what has been a fantastic season this year. It’s certainly an event I really can’t wait to see our riders line up at, as they close their seasons off and look to finish in a positive way, and also to see who will be crowned as this year’s Thor British Youth National Champions. This championship is really the foundation for future stars of the sport, as they compete on high level tracks against the best juniors in the country, and we look forward to seeing them battle it out at Pontrilas.”