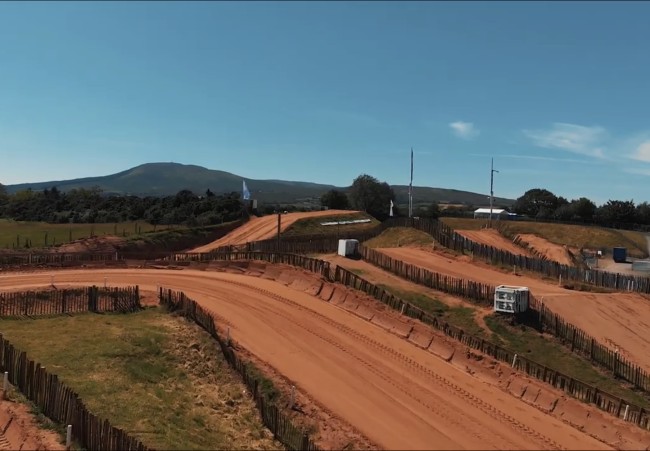 This weekend (August 17/18) sees the Judd KTM ACU British Youth Championship riders head to Northern Ireland to compete at one of the most iconic tracks on the calendar in Desertmartin for round four of the ultra-competitive junior series.

Following on from the FatCat round of the championship just over one month ago, the Judd KTM British Youth Championship youngsters will face the Irish sand as they begin the second half of their seasons. Desertmartin played host to the youth championship last in 2017, but has been a mainstay on the British Motocross calendar throughout theyears, and is well-known in national and international competition. With the weather forecast for the weekend looking changeable, it could certainly mix things up at this outstanding track where the best youngsters in the country will battle it out for their respective championships.

Having enjoyed such a strong outing at the previous round, Brian Gyles from Thailand will certainly be one to watch when it comes to his sand dominating style in the Auto class.However, Robbie Daly continues to lead the series with Lucas Lee second and Gyles third, which means the championship remains open and the riders are relishing in the opportunity to race the sandy circuit of Desertmartin in what could be a pivotal round of the series.

In the 65cc class the battles have been close and Reece Jones won last time out with four out of five moto wins. Jones leads Brandon Buckley and Freddie Gardiner in the fight for the title, with 68 points separating the top three heading into this weekend.

For the 85cc Small Wheel class the previous round was action packed with three different winners cross the weekend. It has set an interesting precedent for the coming round as Finley Evans, Tyla Hooley and Billy Askew all took victory on the FatCat sand and will be looking for success in Northern Ireland. Evans currently leads Hooley in the overall standings, while Mckenzie Marshall and Shaun Mahoney sit third and fourth, so there’s everything to play for this weekend when it comes to the overall series.

For the Big Wheel 85cc class Charlie Heyman has been on form having won four out of five races at the last round with many dominating performances so far this season. It’s a highly competitive class with riders such as Ollie Colmer, who won at Desertmartin in 2017 aboard a 65cc machine, along with Sam Atkinson and Bailey Johnston also in the running and fighting for moto wins.

The battles will re-commence in the 125cc category with Preston Williams and Jack Grayshon just seven points apart in the standings and fighting week-in, week-out for supremacy on their two-stroke machines. Grayshon won last time out with a dominating performance, but it will be interesting to see how championship leader Williams reacts at Desertmartinin a bid to keep the title lead.

Finally, the open class is currently being led by Dominic Lancett with Max Ingham second and Jack Roberts third. Lancett won last time out and has a 56 point advantage in the series, but at this international level track it could throw up some surprises especially with injuries hitting some of the top runners.

In the British Rookie Championship and the SCOTT Holeshot championship the battles continue. We’d like to wish all of the riders the best of luck for the weekend.

For more information or to visit the Desertmartin race please visit www.rhlactivities.com