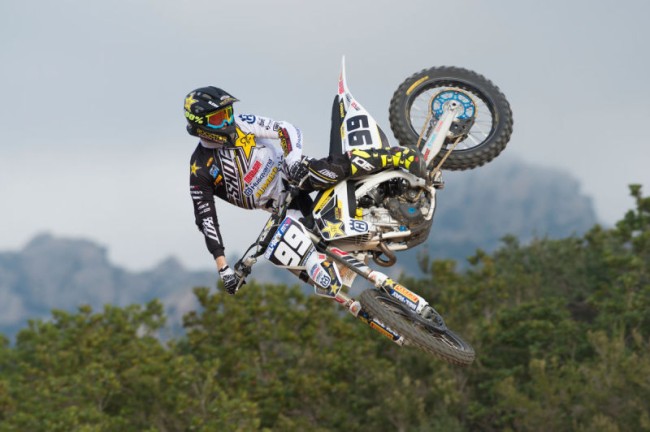 After a weekend off, MXGP returns to action with the eleventh round of the FIM Motocross World Championship taking place this weekend at one of the most popular venues in the world, Matterley Basin, Winchester, England.

Why is it one of the most popular venues in the world? The riders like it because the soil is nice and tacky, it’s wide, it has loads of lines and places to pass, the ruts are a bar-draggers dream, the flow is wicked, the jumps are mint, the waves are gnarly, there are on-cambered corners, off cambered corners, sweepers, classic tabletops, massive doubles, triples and even a quad for those with big knackers, you name it… Matterley Basin has it.

The fans love it because it’s built inside what is best described as a basin, in other words its built in between the rolling hills of Winchester, which means the views of the entire circuit are second to none.

Matterley Basin hosted its first round of the FIM Motocross World Championship in 2006, in that same year it also hosted the most raved over event of the year, the Motocross of Nations. It then laid low for a few years before returning in 2011. This year’s FULLBACK MXGP of Great Britain will be the sixth time in succession that the British GP will take place at this awesome venue where we will be also hosting the seventh round of the European Championship EMX250, as well as the fourth and fifth rounds of the EMX300 presented by FMF Racing & EMX125 presented by FMF Racing. It will also host the second round of the Honda European Championship EMX150.

Honda Gariboldi’s Tim Gajser set the championship on fire during his MXGP class debut at round one in Qatar with his mind blowing double moto victory for the overall and the early championship lead. He did lose the red plate at round two, to Romain Febvre, but kept on charging and reclaimed it at round seven in Germany. Since then, he has been piece by piece dismantling the competition.

TG243 is the only rider in the premier class to have finished on the podium at every single round. He has gone pole 5 times, led 157 laps, won 9 races and 5 grand prix’.

There’s nothing like a bar drag! Which will probably work in favor of Monster Energy Yamaha Factory Racing’s Romain Febvre this weekend with the 461 completely unafraid of laying his Yamaha YZF450RM into corners at speed. The defending champ is currently 24 points down on the rookie, Tim Gajser, which means Tim still can’t afford to lose a moto, especially if Romain was to win. That would instantly put the red plate back in the hands of the champ, and that also indicates how tight it is at the top at the moment.

Despite not being a hard charging youngster anymore, Red Bull KTM Factory Racing’s Antonio Cairoli is more often than not, the man to beat. TC222 has won four grand prix’ at Matterley Basin, which is a lot more than anyone else. Even fellow KTM star Jeffrey Herlings has only won here once. He also sits in second place on the ‘laps led’ in 2016 chart, with 100 laps led. TG243 leads the ‘laps led’ with 157. The fact Tony is still second is a good sign he’s still got the goods and since he has been recovering from last year’s injury, it could be just lack of race fitness that has impeded his results.

After a heart-breaking start to the year where he snapped his arm two weeks before the season opener in Qatar, Monster Energy Kawasaki Factory Racing’s Clement Desalle has been struggling on the rocky road to recovery. He seems to be getting stronger with every race which means it should come as no real shock to see him on the podium sooner rather than later, and could possibly happen this weekend especially since he has already won the MXGP of Great Britain at this venue back in 2013.

Team HRC’s Evgeny Bobryshev is another one to keep an eye on. The Russian, who finished third in the championship last year, has been on the box three times this season and is all about consistency. “I don’t know how Tim and Romain are riding so fast, I have to check, because I couldn’t catch them,” he said following the podium ceremony at the MXGP of France. It will be interesting to see if he learned anything new from the MXGP replay.

As one of the most popular and successful riders in the world, there is a lot of hype surrounding Monster Energy Yamaha Factory MXGP Team’s wild card entry Chad Reed. Reedy has an awesome style on the bike and it’ll be awesome to see him out there mixing it up with the best in the world. In addition, Chad will also be on the LIVE Studio Show with the legends Paul Malin and Jeff Emig which will be FREE to view onwww.mxgp-tv.com on Saturday 18th of May at 11:30am BST. He will also be answering some questions sent in by our fans via our Social Media platforms, Facebook, Twitter and Instagram, so tune in!

Wilvo Virus Performance KTM’s Shaun Simpson and Monster Energy DRT Kawasaki’s Tommy Searlewill be responsible for the atmosphere in the paddock. Both riders have the ability to stand of the box, yet neither of them has managed to do so this year.

British fans have a wild reputation and it’s always cool to see the crowd getting involved by making some noise for their favorite riders. So if you’re a fan, bring your air horn and make some noise for the locals! That includes Hitachi Revo Husqvarna’s Jake Nicholls as well.

Last year, Matterley Basin was incredibly interesting for Red Bull KTM Factory Racing’s Jeffrey Herlingswho didn’t win the MX2 grand prix of Great Britain. Instead he was beat fair and square by Valentin Guillod after a memorable race where the duo fought tooth and nail from start to finish. The Bullet seems to have matured as a rider this year, and in he has also become incredibly crafty. He doesn’t rush things any more, he just bides his time and lets the results come, and since he is so naturally gifted, it almost always works in his favor. As always, it’s hard not to bet against him for the win.

As for the battle for second place… your guess is as good as ours. Kemea Yamaha Official MX Team ’s Benoit Paturel is on the cable at the moment and has barged his way into the conversation. Paturel has landed on the second step of the podium two times in a row now and will be looking to better that, or make it three this weekend. Meanwhile, fellow Frenchman Monster Energy Kawasaki Racing Team’s Dylan Ferrandis will be out for redemption after a wayward home grand prix two weeks ago.

And then there are the other guys capable of footing it. Team Suzuki World MX2’s Jeremy Seewer is running second in the championship with a 31-point advantage over the current vice world champion Red Bull KTM Factory Racing’s Pauls Jonass. What is cool about these guys is, although they know Jeffrey is a cut above, they are eager as heck to catch him.

Rockstar Energy Husqvarna Factory Racing’s duo of Max Anstie and Conrad Mewse and Wilvo Virus Performance KTM’s Adam Sterry will be the crowd’s adrenalin shot. When all his stars are in line Anstie has the skills to top the box, it’s just lining up those stars that is the hard part. As for Mewse, after starting the year with a dominating performance in the European Championship EMX250 where he went 1 – 1 for the win, the young Brit was bumped up to MX2 to fill in for his teammate Thomas Covington. Although it is a big leap, he seems to be adapting ok since he’s already posted a top ten result with his eighth place in the opening moto at the MXGP of France.

Sterry broke his arm at the season opener in Qatar and has since been on a come back. Since his return to the championship, at round seven in Germany, he has already nailed finished inside the top ten at races in Spain and Italy.