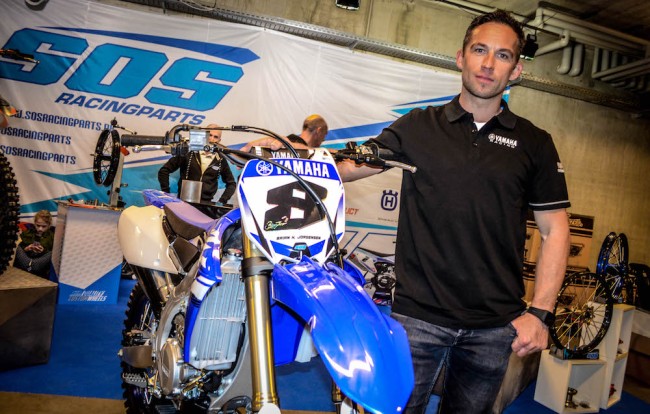 PR- Former GP winner, and professional motocross coach, Brian Jørgensen, will switch to blue, that was made public in an announcement this weekend, at the international Yamaha Supercross in Herning, Denmark.

Brian rode Yamaha in 2005 with the factory squad, which was the last time he was riding in blue. Following some years at Kawasaki, the Dane will make the switch, while also doing a lot of work with Yamaha in Europe. He is the manager of Seva Brylyakov, who recently joined Kemea Yamaha in the World Championship, and furthermore Brian was recently appointed official team trainer for the British RFX Crescent Yamaha squad, where he will be responsible for taking the English talents to European level racing.

Brian Jørgensen: ”First of all, I’ve been very pleased with my cooperation with Kawasaki, and I thank them for everything, but I felt this was the right move for me. Yamaha is doing some very interesting things, and they have some grand visions, which I share, and are looking forward to be a part of. I feel the mentality and approach, suits my way of training and working, and will give me the possibility to evolve and develop even more as a trainer. It’s still crucial to me, to be able to show the things that I teach on the bike, while enjoying what I do in the meantime, no matter who I am coaching, and with the new Yamaha YZ450f, I have the best base to do just that. I can’t wait to get started!”

Brian will continue with his private training schools, under the MX8-name, on the side of his new Yamaha-deal, but he will focus even more on training schools in England in the time to come. Learn more at www.mx8.dk.