Brian Hsu back on the bike 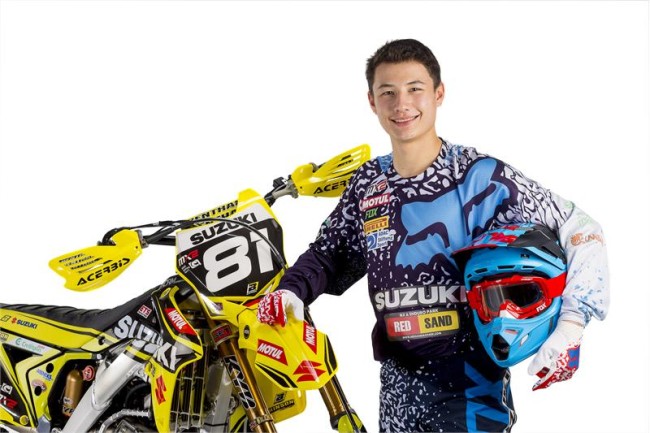 Team Suzuki World MX2 team rider Brian Hsu has started training on his RM-Z250 again after three months months away due to an injury he sustained at the Supercross Motolive race during Europe’s largest motorcycle show, EICMA in Milan, in November.

Hsu damaged and dislocated his left wrist, but after undergoing surgery at the Ortema facility in Germany, has made good progress and is now ready to start serious bike training.

“My injury was pretty bad. It feels better now but it is not yet 100%. Last Friday was my first day back on the bike and it felt the same as before my injury,” the former World and European 125cc Junior Champion commented. “Of course I do not have the same mobility in my wrist yet, but it will get better in time, I’m sure.”

Hsu, who is also a talented musician, has been training and getting back into shape before he added motorcycle training to the mix in the past few days. The 17-year-old added: “I was quite limited in doing things, as not only my wrist, but my whole left body was injured. After a while I could manage to train walking-up mountain sections and then I started with swimming. As I am still a full time student in Italy at the violin school, I was able to spend more time in school and studying.”

Hsu plans to undertake more training on his RMZ-250 in the next couple of weeks to get back in shape ready for his 2016 MX2 World Championship debut. He added: “When I can race again will depend on my recovery. I’ll have to do decent preparation on-and-off the bike and this will take some time, but I am sure that it will not be a big problem to be race-ready soon.”