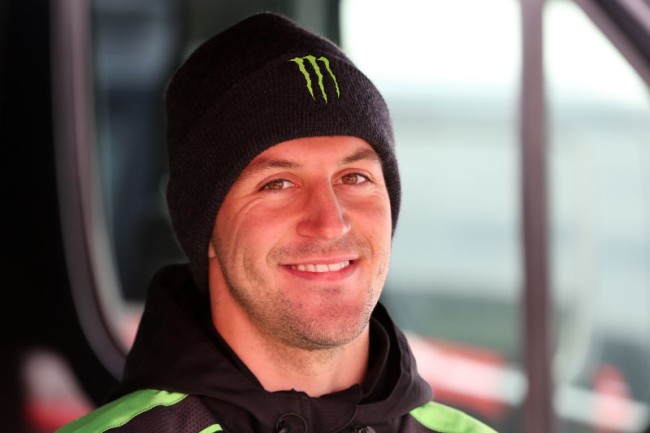 Clement Desalle, currently recovering from arm surgery, will travel to Qatar where he hopes to contest the opening round of the FIM MXGP World Championship for the Monster Energy Kawasaki Racing Team.

Pre season races are always important for teams and riders, who need races to prepare perfectly for the first Grands Prix of the season, but racing is sometimes dangerous and injuries are part of the sport of motocross. After a crash mid February at the Valence International in France Clement underwent surgery by Doctor Claes in Belgium, and after eight days of intensive therapy and rehab he has decided, in collaboration with the team and his doctor, to travel to Qatar. The plan is to enter the practice sessions, and then decide if he can race or not at the first round of the World Championship.

“Of course we had long discussions with Clement and Doctor Claes,” explained KRT team manager François Lemariey. “Clement has a clean break, and Doctor Claes considers that it’s similar to a collarbone injury and he can recover faster than expected. He did some cycling this weekend, and is working daily to recover. He will ride the practice sessions and, depending on how he feels and the results, we will then decide whether or not he will race the GP. There is no pressure on any parties, but we also don’t want to have any regrets later; if it’s possible for him to race safely, we just want to collect some important points for the series during the first two GPs; maybe these points will be important at the end of the championship.” The team staff is already in Doha to prepare the KX450F-SR of the multiple vice-champion.

Teammate Jordi Tixier is still recovering in Europe from his wrist injury.

The Grand Prix of Qatar, first of eighteen rounds of the FIM MXGP World Championship will take place on the outskirts of Doha, with practice sessions on Friday 26th and races on Saturday 27th under the spotlights of the Losail Motocross Track.