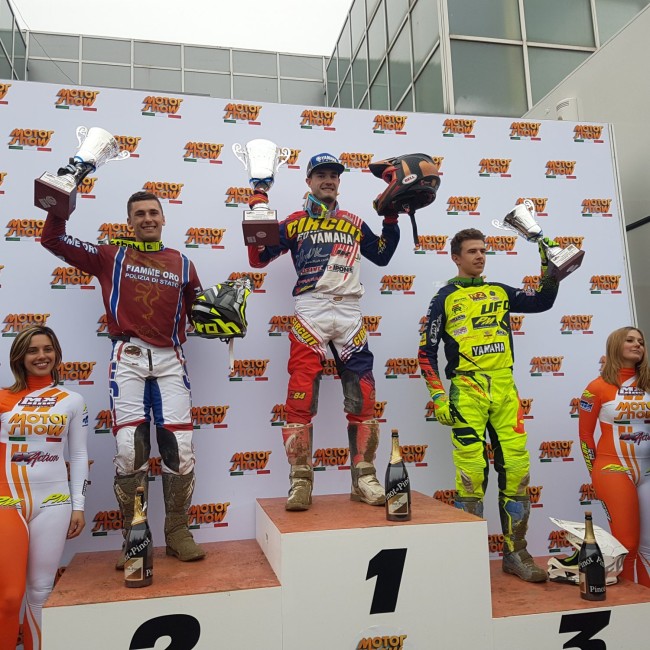 Brad Todd who’s signed a deal with the I-Fly JK Yamaha team had been enjoying a good winter so far, especially after beating the likes of Alessandro Lupino and Cedric Soubeyras at Bologna Supercross.

However, he took a big crash last week and thought he’d just jarred his neck. After going to the hospital five days later he found out the full extent of the injury – a broken C6 vertebrae and that he’s lucky to be walking!

Todd will now miss the Areancross UK series but is optimistic he will return for the outdoor season.

“Would just like to let everyone know that I had a crash last Wednesday 13/12/17 and thought I’d just jarred my neck, 5 days later I went to hospital and found out I’ve broke c6 vertebrae and I’m lucky to be walking.. I have time to heal now so I won’t be rushing, luckily I’ll have enough time to get ready for the outdoors, gutted I can’t do arenacross! I got discharged yesterday from hospital.
Spirits are high though it’s nearly Christmas”