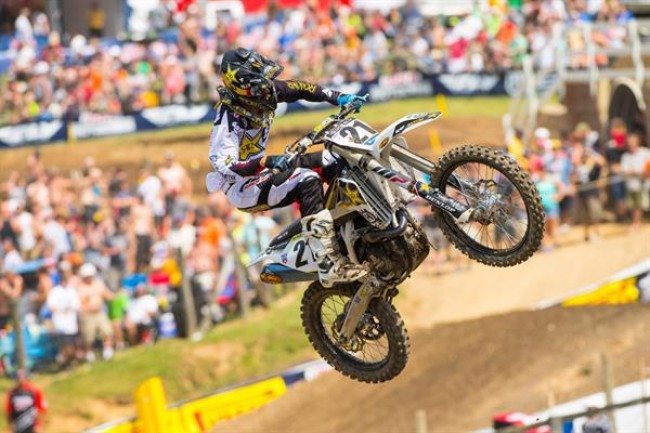 Earlier in the year young British talent, Eddie Jaywade won the 85cc World Championship and British fans can be pleased as they now have a European Champion to add to that in the form of Brad Anderson.

Anderson missed out on the EMX300 title last year after finishing third behind Mike Kras and Yentl Martens. However, a team change to the Verde Motorsports KTM team seemed to do the trick as ‘Ando’ was much stronger in 2017 despite his age.

It was a superb season for Anderson in the EMX300 class as he won four rounds out of five and even at Lommel when he just missed out on the overall he still won a moto.

The Brit was the deserved winner of the EMX300 series as he had a forty-four point’s advantage ahead of reigning champ, Mike Kras.

It will be interesting to see what the future holds for Anderson as he clearly loves the two stroke racing. From speaking to him earlier in the year there is a chance he could switch to the two stroke full time in 2018! However, it remains to be seen if Ando will run the #1 plate or keep his #60 in the EMX300 series next year.

Brad Anderson: “I am over the moon to be EMX300 champion. The bike has been awesome this year, it never missed a beat. Thanks to the team Verdesports, RJS Builders and my mechanic Chris”